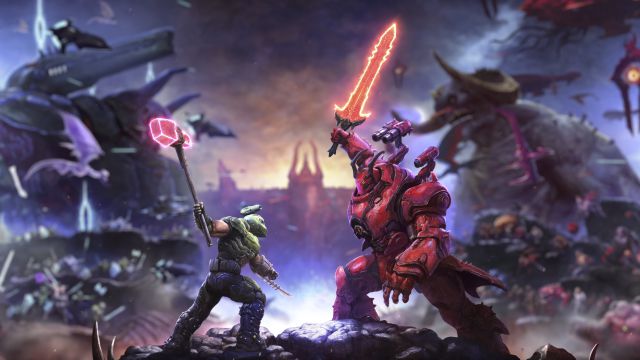 The Ancient Gods Part 2, the second and final expansion of Doom Eternal, will arrive on PS4, Xbox One, PC and Stadia on March 18. New trailer.

Doom Eternal will receive The Ancient Gods Part 2 on March 18 on PS4, Xbox One, PC and Google Stadia. The second and final expansion planned by id Software has already shown its muscle in a new trailer. So is the next foray through hell.

The trailer, which you can see at the top of this news, has many revelations regarding the first part; If you haven’t played it, we recommend that you don’t watch it. In almost that yes you have, the video lets us see part of the scenarios that we will visit during this DLC.

The balance of the universe at stake

As we can read in the official description of the trailer, we will have to make our way through the Sentinel forces to besiege the last bastion of hell. By destroying the walls of the fortress, the Dark Lord will wait for us, our last enemy to balance the soul of the universe. The study notes that the war against hell “will end here.” Is it so? We do not know.

Both parts of The Ancient Gods are part of the deluxe edition of Doom Eternal. However, id Software has given its followers the opportunity to access both expansions without having the base game. We are talking about content that can be purchased and played independently, as it happened with other games such as Uncharted 4 and Dishonored 2, with Uncharted: The Lost Legacy and Dishonored: The Death of the Outsider.

As for the current situation around the Doom Slayer, recently Doom Eternal was part of one of the waves of games added to the Xbox Game Pass catalog in its two modes, both Xbox consoles and PC. Microsoft did so after having received the green light for its purchase operation. Since this month the Zenimax Media group, which includes Bethesda, is part of Xbox Game Studios.

Excerpt from World of Warcraft: Amazon does not inspire hope for...