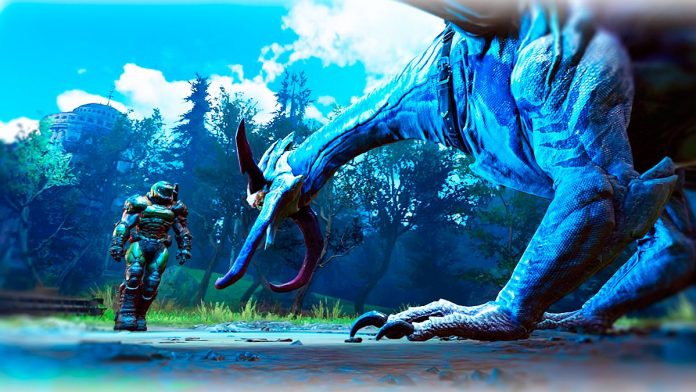 Id Software culminates the generational reboot with a double expansion of heart attack. The father of the First Person Shooters is still the most skillful and strict.

One of the most curious and recurrent practices when it comes to praising something is to use the intangible scale of “ceilings”: Streets of Rage 4 is the ceiling of his saga, Hades marks a new ceiling for his genre, and so on. Surely you have read expressions like these more than once, and you will continue reading them. It is a useful conceptual shortcut, which does its job well in establishing the position of one work in relation to the others. Although it is also one that does not always reflect the reality of those who try to go further, go beyond the known limits and risk losing users because they suddenly find themselves out of their comfort zone. Outside of that conceptual room with four walls and a ceiling. DOOM Eternal is one of those games.

Coinciding with the week of its first anniversary, Id Software has just released The Ancient Gods – Part Two, DLC that completes a Season Pass that also includes the first part released in October last year. In the absence of knowing what the future plans of the study are – now in the hands of Microsoft – with this duo of expansions, the arc opened formally closed in 2016, when the powerful Doom Slayer came out of his sarcophagus to slaughter demons and reinvent the saga which popularized the genre. Now, almost three decades after the first installment, The Ancient Gods is leaving DOOM in a new position of dominance. One that will prevent you from selling like other shooters, and one that is not without its own setbacks. But he also destroys any ceiling ideas with the same confidence with which the Doom Slayer destroys his enemies.

First, a quick detour for more context. Just a decade before DOOM Eternal, in March 2010, God of War III made its way to PlayStation 3. The Santa Monica title became one of the console’s best technical showcases, and although some fans noted some regression in design of levels to prioritize the pace of advancement and spectacularity, it was a critical and sales success, surpassing its PS2 predecessors. The third God of War may not have become the ceiling of the design – nor of the combat in a Hack and Slash considering that the first Bayonetta was released shortly before – but it did raise the bar for violence, both in the fidelity of recreation as in the indulgence of its use. It was a deliberately excessive game, cartoonish and grotesque in equal measure.

It was also the end of an era, although it was not immediately apparent. Santa Monica completed the transformation of Kratos into the living image of anger, an unquestionably villainous protagonist to all those around him. The mutilations delighted some, raised eyebrows in amazement for others, and culminated in a climax that only ended when the player stopped hitting the final boss. We can call it catharsis, cruelty, morbid. Does not matter. The important thing is that that kind of visceral epic reached its zenith and the middle, even without proclaiming it in a tacit way, decided to turn the page. Three years later, Santa Monica would sign a prequel shortly before Naughty Dog released The Last of Us. One became one of the most successful games of the new decade. The other marked the end of the pre-reboot saga and was discarded by Sony when it came to making remasters for PS4.

Kakashi: 10 Mysteries Revealed About The Character Of Naruto