Home Tech DOOM Creators: “We Have Big Ambitions for the Future” 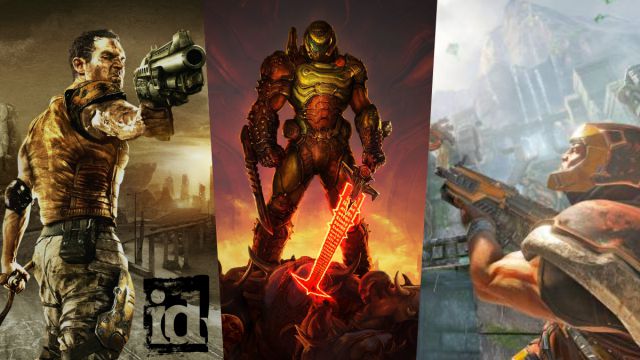 The history of the birth of id Software dates back to 1991. At that time, developer John Romero works at Softdisk magazine, at which point he began to collaborate with John Carmack. This relationship culminated in the founding of a study that has continued in the forefront throughout the last three decades. And is that despite the fact that Id Software no longer has the presence of its founders, the team has continued with great titles. DOOM Eternal, their most recent production, has become one of the best shooters of the year 2020. Now, on its 30th anniversary, they have shared a hopeful message on social networks: they look to the future with great ambition.

“Much has changed in three decades,” they acknowledge the message, “but what has not changed is our deep passion for bringing together the brightest and most creative people in our industry to create fun and addicting first-person shooters.” The Bethesda-owned studio says they look to the future, but take into account all that they have accomplished in the past.

Thanks to all parties

They have also had words for their founders, who are grateful for their imagination and vision to build cutting-edge technology in its first years of existence. “Thanks to current and past team members, editors, partners and collaborators for all that you have contributed over the years.” Of course, they have also had good words for Bethesda and ZeniMax Media, without forgetting the players: “You have made these 30 years possible,” they say.

According to the message, they could not be “more proud” of the Id Software team. “We are looking forward to what is to come. Thank you very much for joining us on this trip. ”

Like all ZeniMax Media companies, including Bethesda Game Studios, Arkane or Machine Games, Id Software will join the Xbox Game Studios family when the acquisition by Microsoft is completed. The most recent information indicates that those of Redmond have already sent their case to the antitrust body of the European Commission so that they give the green light and complete the agreement, something that will happen before March 5. The intention of Xbox is to close the purchase in the first months of 2021. Although they will decide the platforms of their future games on a case-by-case basis, the truth is that GhostWhire Tokyo and Deathloop are still scheduled for PS5 and with their temporary exclusivity agreements intact.