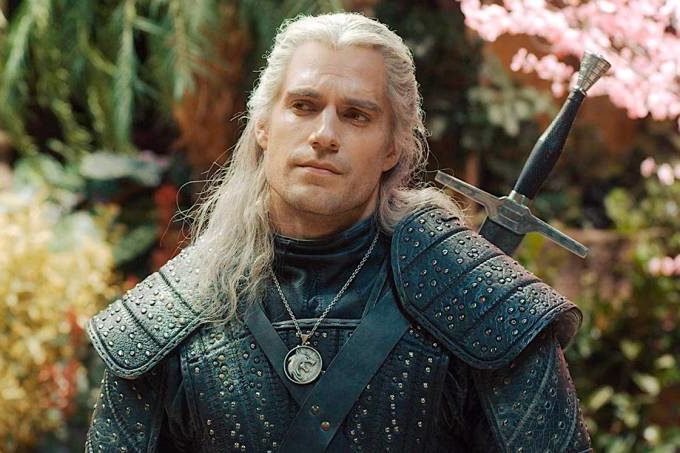 Judging by all that has ever been written, The Witcher, Netflix’s big year-end debut, has two main arguments with which to convince the viewer: a) Henry Cavill; b) the alleged claim to be a new Game of Thrones. Stick to these two points, though, and you’ll lose the particular fun and interest the show has to offer.

First because, like the hunter of fantastic creatures Geralt de Rivia, the bearer of yet unexplained mutations that give him extrahuman strength and insight and a blonde wig that has not yet convinced me, Cavill takes a while to settle into the role (accommodates quite well on him, after all, but in his time).

On the other hand, characters like Vengerberg’s witch Yennefer (the intriguing Anya Chalotra) or the young runaway princess Ciri (Freya Allan) immediately impose themselves – and are as crucial to the plot as Geralt himself. From the beginning, too, it is good to get the GoT issue out of the way: in one of those self-fulfilling truisms, it asserts as if it were a fact that The Witcher is Netflix’s bet to take up the huge space left by Game of Thrones – almost true, but in this “almost” lies an unbridgeable gulf. I don’t think Netflix executives are naive enough to imagine that they could have a similar phenomenon at hand; What they have found here is a series able to explore the niche of medieval fantasy opened by GoT – or, in other words, able to surf the wave created by HBO. Put The Witcher in proper perspective, and she gets more acceptable right away.

Breaking – and this is important – this perspective helps to forgive some of the laziness of the series created by Lauren Schmidt, such as the careless way of presenting Geralt de Rivia and the clumsy expository dialogues – which, to make matters worse, embed 21st century colloquialism in the Middle of fake-medieval phrasing.

Where I have not seen laziness – just some confusion, perhaps – was in visual design: The Witcher has some very interesting ideas on how to enjoy the visual tradition of Northern European fairy tales so much (the series is based on the novels of Polish Andrzej Sapkowski) as the Byzantine elements of Eastern Europe.

It is not always easy for the viewer to orientate himself geographically at these different points of the continent where the story takes place, partly because the team lacked discussion and, on the other hand, for a good cause: I personally was much more stimulated when I realized that the three main lines of the plot, led by Geralt, Yennefer and Ciri, are decades apart (Geralt and Yennefer do not age; in the past or present they look the same), and all the work of the The first season, therefore, was to make the stories converge.

Lauren Schmidt was the producer of Private Practice, Daredevil, Defenders, and Umbrella Academy – a credit that I particularly consider a disqualification. It is more used to mass production, delivered on time and on budget, than to production that takes what it takes and costs what it has to cost, as practiced by David Benioff and D.B. Weiss on GoT.

I suppose, in the case of The Witcher, not even thinking about being two years down, as GoT did when the script was not as polished and chiselled as Benioff and Weiss wanted.

But Lauren makes up for this lack of obsession, so to speak, with her own ease in getting things flowing – especially from the fourth episode onwards, when The Witcher finds a balance between good fight scenes, occasional humor intervention, and drama. . The Witcher also has some political overtones.

But they come a lot more diluted than in GoT, because the series sensibly knows it’s featherweight, and discussing that upper case power is for heavyweights. It is not, at last, nor in a dream, a substitute for Game of Thrones. But on its own terms, it is reasonable entertainment. And so, despite these caveats, I have no doubt that when season two (already guaranteed) debuts, I won’t even try to resist, and I will continue.

Meghan and Harry don’t regret breaking up with their family

New players reveal who will cause trouble for Geralt