Home News ‘I Don’t Know Sondland Very Well, But He Looks Like A Good... 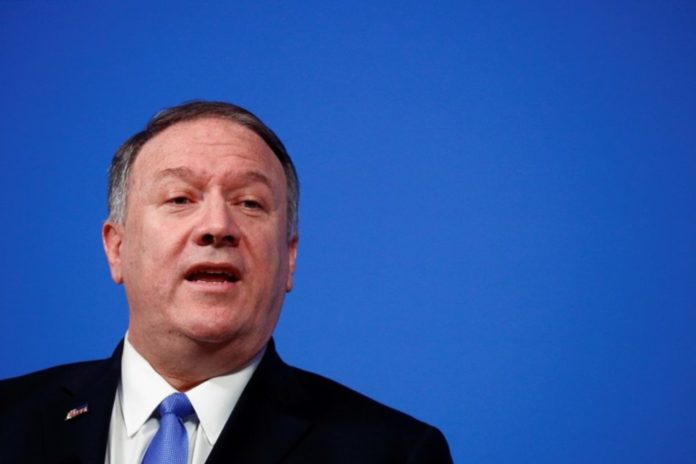 ‘I Don’t Know Sondland Very Well, But He Looks Like A Good Person’

President Donald Trump argued that he did not know US diplomat Gordon Sondland very well, saying in his testimony at the Congress that he was following the dismissal investigation against him, um I followed the President’s instructions ”.

US Ambassador to the EU Gordon Sondland told the House of Representatives Intelligence Commission on Wednesday that he was following President Trump’s instructions on Ukraine, that there was a bargain with Ukraine, pointing out the correspondence and the Ministry of Foreign Affairs, the National Security Council and the that it was. Sondland had raised the name of Trump’s personal lawyer, Rudy Giuliani, and said his demands were perceived as Trump’s demands.

Before Donald Trump boarded the helicopter from the White House, President Donald Trump gave a brief statement to the press while Sondland’s testimony was still in progress. He first read some notes from Gordon Sondland’s testimony, looking at the notebook with the black pen. Ump Trump told me it wasn’t a bargain. He said that he did not want anything from Ukraine ”. Ump This is the last word of the President of the United States. I dont want anything. I do not want to negotiate ”.

In 2016, Trump put some distance to Gordon Sondland, who was appointed EU Ambassador after donating $ 1 million to his own prom. Orum I don’t know him very well. I don’t talk much. Not a man I know well. But he seems like a good guy..

President Trump did not receive questions from members of the press after his brief statement.

Gordon Sondland, in his testimony in Congress, said that on September 1, Vice President Mike Pence had discussed the postponement of US aid to Ukraine, which was linked to the Biden’s investigation.

Mike Pence’s office denied Sondland’s claims. In a statement issued by Pence’s secretary general, Marc Short, the Vice-President had no talks with Gordon Sondland on the conditional grant of financial assistance to Biden, Burisma or Ukraine due to possible investigations. Ambassador Sondland said that this meeting has never been realized ”.

US Ambassador to the EU Gordon Sondland, after closed doors, changed his earlier statement, clarifying some parts of his statement, said that the bargain on Ukraine.

The focus of the sessions on the charge of the expulsion investigation against Trump is the allegations that Trump’s military and financial assistance to the country will be hosted in the White House on the condition that an investigation of possible links between his Democratic rival Joe Biden and his son in the 2020 presidential elections will be provided to the country.

It is unthinkable that two-thirds of the Senate would vote in favor of the dismissal of Trump, Mitch Mitch McConnell, the Republican-controlled Senate majority leader, said on Tuesday.

According to the Reuters / IPSOS survey, 46 percent of Americans support the prosecution and 41 percent oppose it.

Putin: Thank God no one accuses us of interfering in the US election anymore ”

While public hearings were ongoing in the US Congress on the charge of the impeachment of Trump, the President of Russia also made a statement about the intense agenda in Washington.

Vladimir Putin said on Wednesday that he was “happy with the political wars in Washington leaving the Russian claims behind”. Putin said, Thank God, no one accuses us of intervening in the US elections anymore. Now they blame Ukraine. ”

Some Republicans have brought up the refuted conspiracy theory, which claimed that Ukraine was not the one who intervened in the 2016 election.