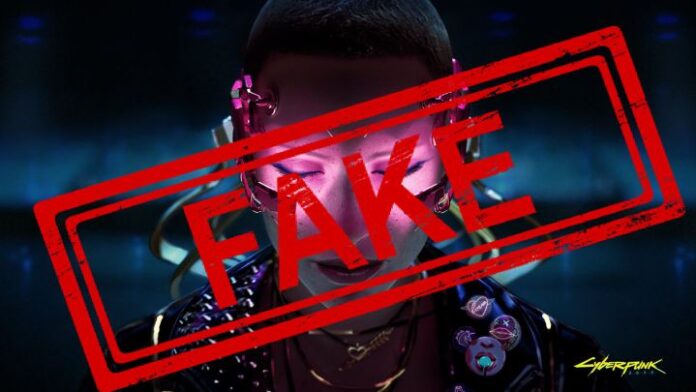 It was called to be the biggest event in the sector together with the premiere of the new consoles this year 2020. But Cyberpunk 2077 has made the news more for its problems than for its quality. And is that played in good conditions is a game of 10, demonstrating the expertise of CD Projekt. But at the same time it has been totally inexplicable what has happened with the “Old Gen” versions of the game, PS4 and Xbox One, very broken until it is practically unplayable.

Be that as it may, since its premiere 2 weeks ago it has been one of the most prominent names on the scene. And precisely because of this viral reach, there are those who have tried to make money at their expense in the most fraudulent way possible.

If you open the Google Play Store and type ‘Cyberpunk 2077’ you will get several applications related to the game, such as guides, wikis, wallpapers, unofficial companion apps, even plagiarism like Cyberpunk 2088, but not a single official version of the game. Why? Because it does not exist, there is no port as such of the original title for smartphones – excluding the Stadia version, which is played from the cloud.

A ransomware on your mobile

A researcher from the Kaspersky company, Tatyana Shishkova, has warned of a fraudulent application in the official Android store that pretends to be a version of Cyberpunk 2077 for mobile phones, as if it were a Beta version without an official release yet, although in reality it is a Ransomware designed specifically for the Android system. A type of malware that hijacks your terminal and doesn’t let you use it.

Shishkova has identified the presence in this fake app of CoderWare ‘ransomware’, which is distributed through stores that pretend to be Google’s Play Store, as she explains on her Twitter profile.

The expert indicates that this application also includes an RC4 algorithm with the encrypted key, which would make it possible to recover the encrypted files without having to pay in case the ‘malware’ has been downloaded. And there is simply no Cyberpunk version for mobile phones, apart from Stadia. There is no official app as such, because if it is on PS4 and One and it is very broken, imagine if you tried to put all that in a port for smartphones.

Australian Fires Bring 113 Living Species to the Verge of Exhaustion