The UNI token, issued by Uniswap, the apple of the eye of DeFi, which was on the agenda of the crypto money world, brought tragicomic coincidences with it. Wandering investors have invested in the Unicorn Token, with the same code, instead of Uniswap’s UNI.

Uniswap’s own token, UNI, was launched yesterday, the platform with the highest market dominance in the DeFi industry. After this launch, Uniswap also airdroped 400 UNI tokens to those who used the platform before September 1, currently at just over $ 5 each. Exciting the market, the UNI token occupied the agenda with a 77.7% price increase and invited tragicomic coincidences.

Investors Flocked to the Wrong UNI

The investor, who was massively excited and confused by the fact that the two tokens have the same abbreviation, thought they were investing in DeFi’s most popular platform, Uniswap, and invested in the Unicorn Token, which actually has a fairly low value. 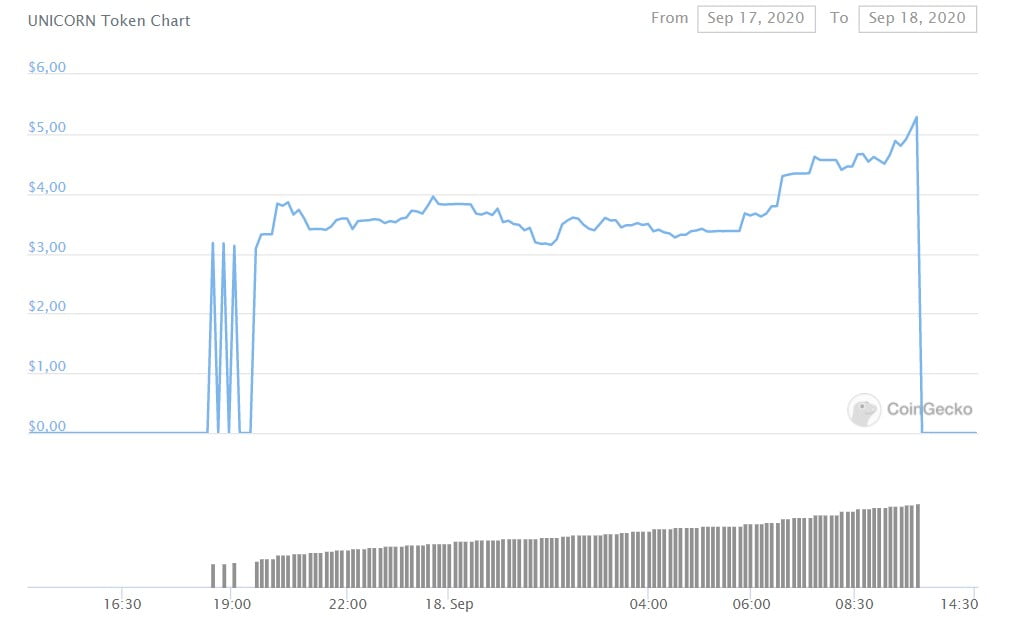 See Also
Uniswap (UNI) User Has Ever Won The Lottery

BLACKPINK will make the solo debut of its members

2000 Year Parchments Can Be Read With Artificial Intelligence

Joker: there will be sequel with Joaquin Phoenix

Unprecedented rate since 2012: Bitcoin traders sell at a loss