Home Entertainment Donkey Kong just turned 40: listen to the MeriPodcast dedicated to the... 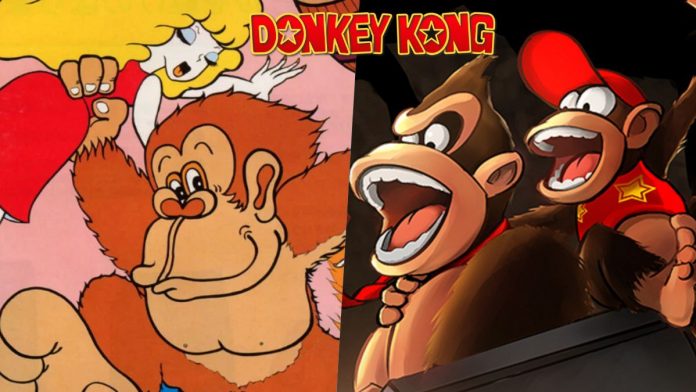 Donkey Kong: The magazine’s retro team recently dedicated a show to Donkey Kong, reviewing the top titles. There are many stories that have been told about Donkey Kong, nothing strange considering that he is one of the most veteran characters in the video game industry. It was on July 9, 1981 when his first adventure hit the arcades of Japan; it also coincided with the debut of a certain Italian plumber who has become as recognizable (or more) than Mickey Mouse. We speak, of course, of Mr. Video or Jumpman, now known as Super Mario. The two were present at that title to remember. Therefore, Donkey Kong has blown 40 candles, and the MeriStation team has also celebrated it as he deserves it.

In that first video game, Nintendo’s creative team, which already included Shigeru Miyamoto, managed to offer a highly addictive game that was successful in arcades and later in the home market. The paradox is that it was about to be based on the Popeye character, but those from Kyoto could not make use of the license and ended up creating good old Donkey and company.

On the other hand, a Universal denounced Nintendo in the United States because they argued that they had violated its intellectual property, that of King Kong. Thanks to attorney John Joseph Kirby (yes, Kirby’s character was named in his honor), the company was successful in the court case and was able to continue using this name. We remember these and many other stories on the MeriPodcast Retro that we recorded just a few months ago. During the show, we dived through the history of the saga and reminisced about the original titles, Donkey Kong Country, Donkey Kong 64, Donkey Kong Country Returns, and much more. You can see and hear it below these lines.

To the rescue of Pauline: the beginnings of Donkey Kong

In the original Donkey Kong, the hero is not the huge monkey that appears at the top of the screen. In fact, he is the main villain, since he has kidnapped Pauline. Perched at the top of the building, the monkey does not stop throwing objects to prevent Mario, the character managed by the player, from reaching the top and saving the girl. This addictive concept continued to be exploited in the different sequels, although the saga was reborn thanks to the British studio Rare and its Donkey Kong Country platform saga, which revolutionized graphics in the twilight of the 16-bit generation.

The image that accompanies the montage of the headline of this news is precisely the work of Steve Mayles, now a developer at Playtonic, but one of the architects of the three Donkey Kong Country titles as art director. You can see the complete art in this link.

And what about the future of the character and the saga? At the moment, Nintendo has not commented on the matter. There are many rumors that have sounded in recent months, but today they have not yet materialized in a tangible product. The time has come, right?