Home Sport Doncic: “It’s great to be able to beat brands that you don’t... 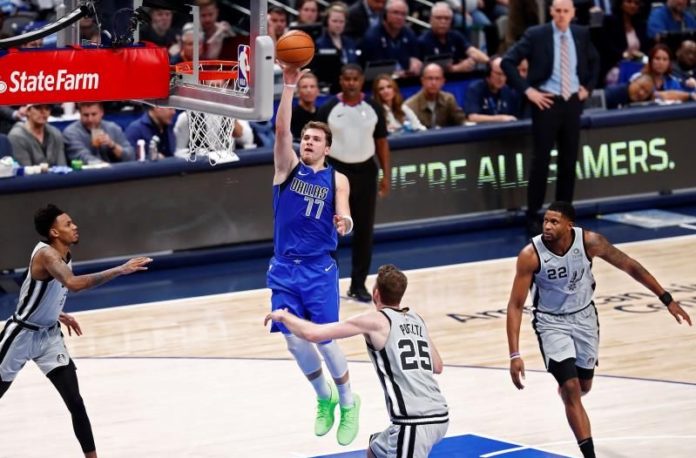 Slovenian forward Luka Doncic, who again starred in another stellar performance with the Dallas Mavericks in the game they won 117-110 against the San Antonio Spurs, by establishing their best scoring mark as a professional, said it was something “cool” being able to overcome statistics that I didn’t know.

“It seems that every day there are statistics that you do not know, about which you read,” Doncic said at the end of the match in which he scored 42 points, his best professional mark. “It’s great to be able to get something like that.”

But Doncic, 20, also achieved his sixth triple double of the season by providing 12 assists and 11 rebounds, which left him as the league leader in that facet of the game.

“At the end of the day, regardless of the statistics, it is best that the team has achieved victory and against a great rival like the Spurs,” Doncic said. “Maybe we shouldn’t have suffered so much at the end of the game after the advantage we had.”

Doncic also became the second youngest player to achieve a triple-double with at least 40 points scored, only surpassed by forward LeBron James.

“Whenever I approach what James did when he started his career, it fills me with satisfaction because somehow all my dreams come true, since he was my idol as a child,” Doncic said.