Home News Donald Trump will set up his own social network 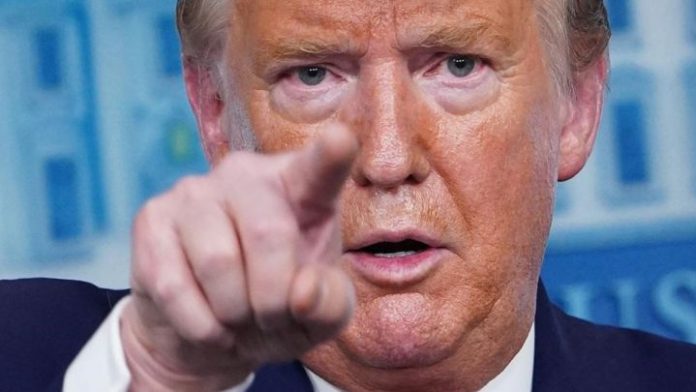 That Donald Trump was not going to be quiet for long was a palpable fact. But his return may be more viral than expected. After what many Americans considered an affront to their country, fomenting the assault on the Capitol, the social networks that were already having a heavy hand with Trump decided that it was okay. Facebook doesn’t love you, Twitter doesn’t love you. What would you do if you were him? Exactly: Launch your own social network.

According to Deadline, Jason Miller – Trump’s aide – told Fox News “Media Buzz” that the former president will return in two or three months with a new social platform. Miller did not give details, but in his words, this social network “will completely redefine the landscape.” In fact, Trump has hinted in the past about these types of plans, and after his public backlash after the Capitol, it seems that He seeks to return with something in which he has a voice and absolute vote, as well as serving as a platform of concentration for all his followers.

At the same time, this totally own social network would serve to return in a big way to the political and public arena, and according to Deadline it would have weight in the eternal political battle of Democrats against Republicans, since “it would galvanize a conservative movement that has been fractured by the strict controls on other social networking services and regret by service providers ”.

But who would help you set up that social network? Trump has millions of fans and millions of dollars, but American society does not forget what happened last January. Whether Trump wants to set up his own Facebook is one thing, whether or not he can get the infrastructure he needs is another. Deadline noted that Shopify and Stripe went out of business with Trump following the US Capitol riots, and major cloud providers such as Amazon or Microsoft might be reluctant to lend support given allegations that Trump stimulated the violence on Capitol Hill.

Trump may have to turn to smaller or foreign tech partners, and there is no guarantee that these will scale to the volumes the former president believes he will get. Of course, given his policy against China, we do not see that he will ask for help there, but it is Donald Trump, and he always surprises more for bad than good.

An app that spied on you

If he mounts it and launches it, it is clear that users will not miss it, but it must be remembered that when he began with the campaign to run for re-election, the official application that the Trump campaign used to attract followers had serious security problems .

Would a Donald Trump social network be trustworthy in terms of handling data and private information of users?

Where are all the legendary weapons and clothing pieces?