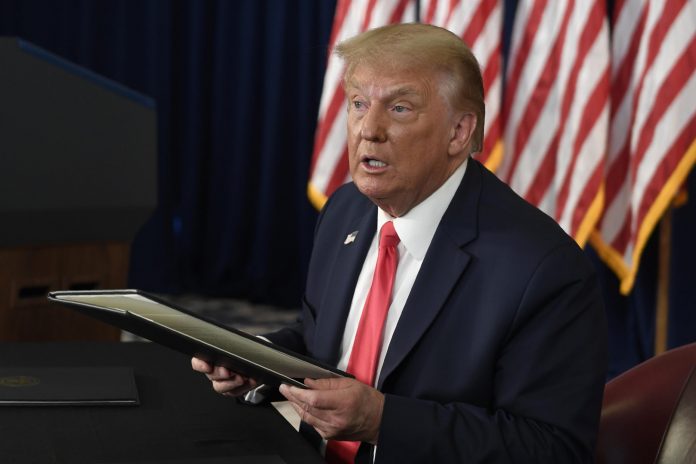 Donald Trump is very soon to leave the White House, so he will begin a farewell tour throughout the country.

Donald Trump has not yet thrown in the towel, so the president has decided to go out the front door, glossing his deeds in what he described on Twitter, before being expelled, as the best presidential term in history. Trump is going to start at the border with Mexico, where he travels this Tuesday to celebrate the construction of 650 kilometers of wall.

It is worth mentioning that the president has not had a public agenda. His last faithful send his calendar daily, which he simply says: from dawn to dusk, the president will make many calls and have many meetings, without explaining why. Trump has not gone out on Saturday or Sunday to play golf, as he usually does on weekends.

Donald Trump will give the last goodbye

Meanwhile, after the resignations of two ministers and several advisers, a legion of employees, secretaries and assistants are leading a massive exodus these days. Farewell messages accumulate in the agendas of journalists covering the White House, in which employees of rather middle or lower ranks simply say, in a concise way, that this is their last day working for the presidency.

The presence of old allies of the president has also been seen, such as his former adviser Kellyanne Conway, who have taken to Twitter to demand the arrest of all those who participated in the taking of the Capitol, although they were cheered by the president. Donald Trump prepares his final weeks in office, Joe Biden eagerly awaits the White House stand.