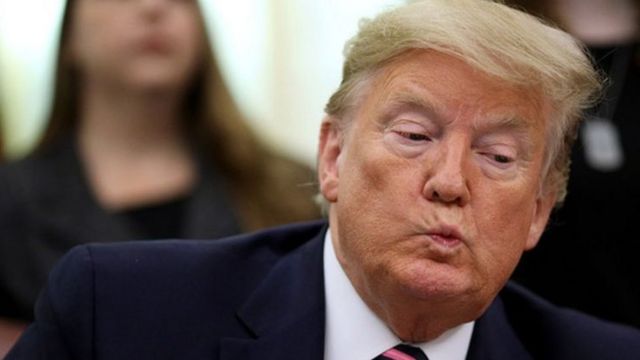 Donald Trump doesn’t seem to enjoy blogging much. According to CNBC’s report, Donald Trump closed his blog, which he opened at the beginning of last month, less than a month later.

The blog titled “From Donald J. Trump’s Desk” was launched on May 4. The former US President was planning to use this platform to reach his followers after being banned by Facebook and Twitter. However, as of the past day, this blog has been completely removed from Donald Trump’s website.

Jason Miller, an aide to Donald Trump, confirmed to CNBC that the blog has been removed and will not be coming back. Archived blog posts can be accessed as press releases on another part of the site.

Donald Trump was blocked from Facebook and Twitter after the attack on the US Congress last January. The former US President announced that he would set up his own social media platform after this decision.

Jason Miller, in his statement after the blog’s launch last month, stated that the new website would be an excellent resource for accessing Donald Trump’s statements. But this blog was not the social media platform Donald Trump promised. Miller stated that they will make important statements on this subject in a short time.

Social media platforms, especially Twitter, were of great importance to Donald Trump. However, the former US President’s blog could not replace his social media accounts. According to NBC’s report, Trump’s blog received only 212,000 interactions in a month. This number is quite low compared to the engagement rates of Trump’s Twitter account.