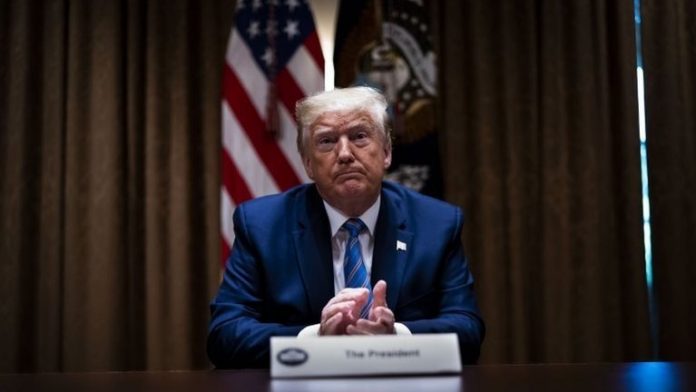 Donald Trump still refuses to grant work visas, so he decided to extend the limits to immigrants.

“The effects of COVID-19 on the United States labor market and the health of American communities is a matter of constant national concern,” Trump wrote in the proclamation on Thursday, December 31, citing the unemployment rate and the Restrictions imposed on companies related to the pandemic by states and the increase in coronavirus infections since June.

While he has vowed to overturn some of the centerpieces of Trump’s immigration agenda, Biden has yet to say whether he intends to rescind the visa restrictions. A representative for Biden’s transition team did not immediately respond to a request for comment.

The Trump proclamation prohibits the issuance of certain immigrant visas to overseas individuals seeking to move to the US permanently through green card applications submitted by their US relatives or potential employers.

Somagnews was informed that the spouses and children of 21 years or less of US citizens are not subject to the restrictions, which also exempt some health workers who intend to combat the coronavirus and immigrant investors who agree to invest more than $ 1 million in the US

Donald Trump’s order also continues with the suspension of the diversity visa lottery, a program he has frequently criticized and which allows people from under-represented countries, many of them in Africa, to move to the US.

In September, a federal judge in Washington, D.C. ordered the government to issue visas to more than 9,000 potential immigrants who won the lottery in 2020 but remain unable to enter the United States according to the proclamation.

Before the end of 2020, President Donald Trump extended a pandemic-era suspension of certain immigrant and work visas, ensuring that his sweeping limits on legal immigration will remain in place when Joe Biden is sworn in.

Through a proclamation issued 20 days before Opening Day, Trump ordered a three-month extension of visa restrictions, which were first enacted in April as a ban on some potential immigrants and expanded in June to stop also various temporary work programs.

Trump has said the limits, which invoke broad presidential power to bar the entry of foreigners deemed “harmful to America’s interests,” are necessary to prevent new immigrants and temporary workers from competing with Americans for jobs during the economic recession caused by the coronavirus pandemic.

The restrictions also stop several temporary visas used by people abroad to work in the U.S., including the H-1B program that is popular in the tech industry and H-2B visas for seasonal non-agricultural workers. J-1 cultural exchange visas for au pairs and other short-term workers; Visas for spouses of H-1B and H-2B holders; and L visas for companies to relocate their employees to the US will also remain suspended.

“Too many families have been separated and too many dreams have been crushed by this illegal ban,” said Karen Tumlin, founder of the Justice Action Center and an attorney who challenged visa restrictions.

“We will continue to challenge this ban in court and urge the Biden-Harris administration to repeal all xenophobic presidential proclamations by President Trump, including this ban, on the first day of his administration.”