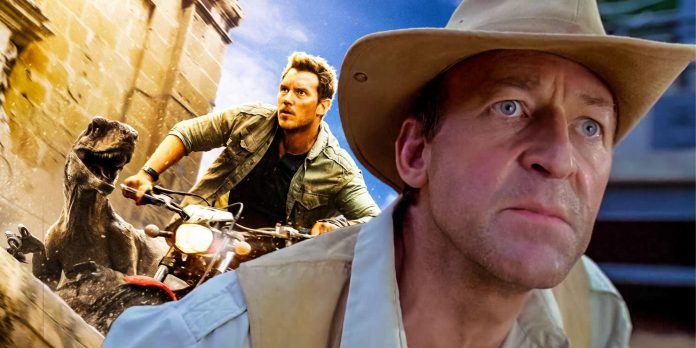 Attention: spoilers for Jurassic World: Dominion are below!

During an episode of the movie “Malta”, Biosyn releases a flock of atrocyraptors on human characters such as Owen Grady (Chris Pratt), Claire Deering (Bryce Dallas Howard) and Kayla Watts (DeVanda Wise). Even on speeding trucks and motorcycles, people barely have time to get ahead of their pursuers-raptors, who quickly and deftly move through the streets of Malta with incredible speed. While this is an exciting action scene in itself, it also fully conveys the long-awaited Raptor speed dating back to the original Jurassic Park.

In Jurassic Park, Sam Neal’s paleontologist Dr. Alan Grant, deeply immersed in his study of velociraptors, asks park ranger Robert Muldoon (Bob Peck) several questions about dinosaurs, including their speed. Muldoon replies that the predators can move at “cheetah speed” at “50, 60 miles per hour if they ever get out into the open. And they’re amazing jumpers.” Oddly enough, the original “Jurassic Park” trilogy never succeeded in this boast, except for a short shot in which Predators run across a field in pursuit of people in “Jurassic Park III”. However, this started to change in the Jurassic World films.

With Owen Grady acting as a Raptor trainer in Jurassic World, the film offers a more vivid picture of how fast dinosaurs can move as he leads them on a motorcycle in pursuit of the Indominus Rex. Jurassic World: Fallen Kingdom also offers more insight into Raptor speed, for example, in the final scene of the outstanding Raptor Blue from the Jurassic World series, racing freely into the world of humanity. With its episode in Malta, Dominion is the first Jurassic Park or Jurassic World movie in which the main plot about dinosaurs is really about using Raptor speed to the fullest.

Indeed, Dominion even surpasses what Jurassic Park promised, as the atrocyraptors chase their designated prey through the narrow streets and corridors of Malta and even through apartments, surpassing Muldoon’s warning that they need to be in the open to reach maximum speed. Even using a cargo plane, Grady, Claire and Watts barely manage to get away. In confirmation of their speed, one Raptor even briefly jumps on board the plane before Grady’s motorcycle knocks him into the ocean.

Throughout the Jurassic Park franchise, Raptors’ intelligence has often been emphasized as their defining trait, and Dominion does not neglect this, especially with the returning Blue and her young Raptor child Beta (although Blue’s role in Dominion is insignificant). With that said, although Raptors have long been portrayed as speed demons in the dinosaur kingdom, this side of them was only briefly involved in Jurassic Park films. In the films “Jurassic World”, the speed of “Predators” was more and more demonstrated, and with the chase in Malta in “Jurassic World: Dominion”, the long-promised speed of “Predators” was finally fully demonstrated.