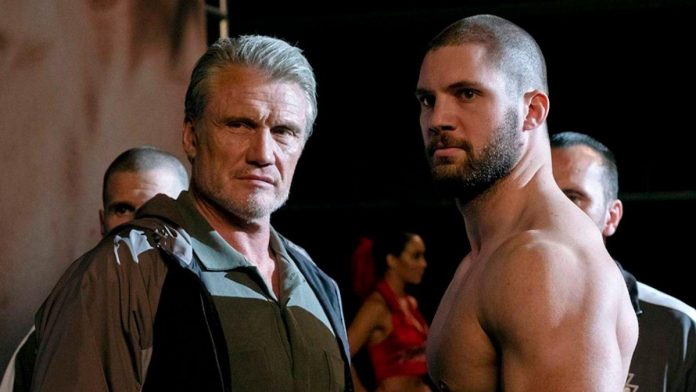 The news about the recently announced spin-off of the film “Ivan Drago” probably came as a surprise to many Rocky fans, but, above all, it definitely came as a shock to the creator of the franchise Sylvester Stallone. Highlighting his already contentious relationship with producers Irwin and David Winkler over ownership rights, Stallone shared some not-so-pleasant thoughts about the spin-off, saying that the filmmakers used their favorite franchise. Seeing the 76-year-old actor’s harsh thoughts, Drago Dolph Lundgren himself responded with his own message on social networks.

To be honest, it was only a matter of time before Dolph Lundgren found out about Sylvester Stallone’s dissatisfaction with the spin-off news. After seeing the words of Sylvester Stallone, Lundgren obviously turned to the Hollywood icon. He and Stallone had been close for many years, which was very different from the controversial relationship between Rocky Balboa and Ivan Drago. After meeting with his friend, the actor of Aquaman and the Lost Kingdom took to his Instagram to address the discussion and clarify some information about the film Drago:

Just to set a record regarding a possible Drago spin-off. There is no approved script, no deals, no director, and personally I got the impression that my friend Sly Stallone was involved as a producer or even an actor. Last week there was a leak of information from the press, unfortunately. In touch with Mr. Balboa – just so all the fans can relax… Well.

So the whole ordeal was a misunderstanding, according to the 64-year-old actor. According to the star, nothing is set in stone, as at the moment there is not even a script for the proposed spin-off. At the very least, you should thank him for stepping up and settling the controversy caused by the news.

Dolph Lundgren’s statement reveals one particularly interesting piece of information, namely that he apparently got the impression that Sylvester Stallone participated in the creation of the spin-off in some capacity. Although, judging by recent events, it seems that the Oscar nominee is no longer on the list. Recently, Stallone made it clear that he is upset that he does not own Rocky and Creed, despite the fact that he, in fact, created the franchise. I wonder how Lundgren got the impression that his former on-screen sparring partner was working on the project.

There have been rumors about the development of a proposed spin-off for quite some time. The spin-off “Drago” is moving forward with Robert Lawton, who was brought in to write the script. As Dolph Lundgren mentioned, little is known about the film, although it is likely that the story will revolve around Ivan Drago and his son Victor, who were introduced in Creed II. We’ll have to wait and see how MGM makes deals for the potential return of the stars.

Meanwhile, Michael B. Jordan’s Creed III has just failed, as the triquel has been pushed back to March 3, 2023 from the original release date of November 23, 2022. Sylvester Stallone may no longer be part of the Rocky franchise, but it seems that under the current producers he will expand one way or another.

We will keep an eye on new news about the Drago spin-off as they become available. Also, be sure to keep an eye on the schedule of upcoming CinemaBlend movies, which still has a lot of interesting movies. You can also get an Amazon Prime subscription to watch the first two Creed movies if you need a boxing-related fare.

Fast & Furious: Vin Diesel Talks About The Rock’s Acting In...