Home Celebrity Dolittle Movie, which critics hold on the ball, managed to satisfy the... 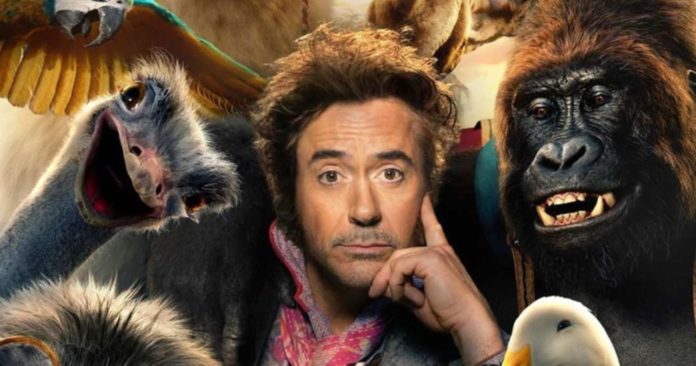 The Dolittle movie, starring Robert Downey Jr., continues to receive brutal comments by critics, but viewers state that they find the movie quite cheerful and Downey Jr.’s performance extraordinary.

Dolittle, who starred Robert Downey Jr. who said goodbye to Tony Stark in the Avangers: Endgame movie last year, met with the big screen at the weekend. But it can not be said that Dolittle made a very good start. The information obtained from Variety indicates that the movie will earn between $ 20-25 million at the opening box office. Of course, this is not a small amount of money at all, but it is a fact that the amount spent for the movie is much more than $ 25 million.

Dolittle has received pretty bad reviews from critics so far, but viewers don’t seem as cruel as critics. The film, which received a score of 18% from critics in Rotten Romatoes, managed to achieve a score of 76% with votes from 1,553 viewers. The viewers who make positive comments about the movie emphasize how versatile Robert Downey is and Dolittle is a nice family movie that attracts the audience with his interesting story.

Downey Jr is also working on the new movie All Star Weekend, in which Jamie Foxx sat on the chair of the writer and director. In addition, Robert Downey Jr. will meet his character in 2021 with Sherlock Holmes 3 after ten years.

Mike could be the real father of Charmaine’s babies