Home Crypto Dogecoin Move from Tesla: the price has increased! 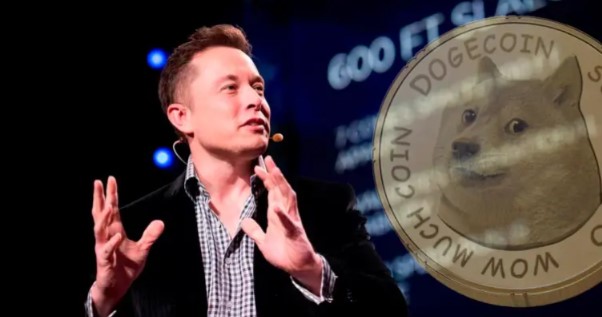 The popular Dogecoin (DOGE) meme coin soared in price after the dog mascot attended the opening of a new Tesla manufacturing facility. In addition to being the CEO of Tesla and arguably one of the most famous entrepreneurs in the world, Elon Musk has been widely known in the cryptocurrency field for some time, mentioning DOGE in his tweets and causing price changes. Here are the details and the price movement…

Traces of Dogecoin at the launch of the Tesla factory

Dogecoin, based on the Shiba Inu dog, rose in price when the mascot dog of this breed took part in a drone demonstration at an event dedicated to the launch of a Texas gigafactory called Cyber Rodeo. The DOGE mascot suddenly appeared on the screen of the Tesla drone, and the price of the DOGE increased slightly, which pleased the owners of the DOGE. The use of the Dogecoin mascot in the Tesla Cyber Rodeo may not come as a surprise to many.

The CEO of Tesla repeatedly mentioned DOGE on his Twitter account, which led to an increase in the value of the asset. Musk also went even further in his support for DOGE by allowing Dogecoin payments for the purchase of Tesla cars. The increase in cost also manifested itself at the launch of a huge Tesla plant in Texas.

Despite the news about Elon Musk, DOGE is still far behind the historical maximum (ATH) of $0.73, which was recorded exactly 11 months ago, on May 8, 2021. At the current price, DOGE is trading 79.2% below its ATH.

The Spotlight Is On These 9 Altcoins: They Exploded On Social...