Home World Dogecoin: From Kidding To One of The Most Valued Cryptocurrencies in The...

But, among all the current stories on this topic, there is one so surreal that it seems almost unbelievable: the trajectory of dogecoin, a cryptocurrency that was born as a joke and remained sneaky for years, as an alternative that few investors took seriously.

Now, thanks to the heating of the sector in general and tweets by a celebrity in particular, it has become one of the most valued in the market.

The origin of Dogecoin

Dogecoin is a cryptocurrency that was born in late 2013 thanks to two developers: Billy Markus and Jackson Palmer.

It was created with a big joke, a bit of a parody of bitcoin, which was still viewed with great skepticism by a good part of the online community, at the same time that it already reached high values. Palmer was the originator of the idea of ​​combining a cryptocurrency with a meme, while Markus, a software engineer at IBM, had just created a digital currency project in his spare time.

In a few hours in a single day, the pair developed a cryptocurrency from scratch with the same features and functionality as bitcoin. This left them as surprised as they were in a good mood: the fact that everything was so simple and almost abstract in this market was worthy of a joke, and nothing better than a cryptocurrency to open this up.

Dogecoin’s operating format is that of a simple digital currency: from your own blockchain, you earn as a “reward” a fraction of the currency when doing mining, and you can use it for payments in places that accept it.

However, it does not have a defined limit on the amount of mining and is simpler in transactions and mining, which can contribute to inflation and instability at high levels even for cryptocurrencies.

The chosen theme itself was a great joke: the meme “Doge”, nickname of a Japanese Shiba Inu called Kabosu who became a meme months before.

It all started with the innocent release of a special photo of Kabosu in which she appears with a serene countenance, plump face and crossed front legs. Quickly, she went viral and got subtitles purposely crude, colorful and in the Comic Sans font as if they were the animal’s thoughts written in rudimentary English.

The meme’s own name is misspelled: “Doge”, a variation of “dog”, which is dog in English. The word was born in 2012 on Reddit forums and became synonymous with pictures of Shiba Inu.

With Dogecoin officially established, Markus was the first miner in the cryptocurrency, earning the equivalent of $ 10,000 and sharing half with the partner. From there, the project was publicized on forums and social networks – reaching proportions that creators would never have imagined.

The pinnacle (so far)

The joke, over time, gained an air of financial speculation – and Dogecoin began to gain relative importance in the cryptocurrency segment, albeit well below bitcoin and Ethereum.

In 2014, still at the pace of jokes, Dogecoin sponsored a NASCAR team and even took the Jamaican bobsled team to the Winter Olympics – practically a reissue of the film “Jamaica Below Zero”. It even became a game in the form of a simulator, without you having to deal with the real coin.

Time goes by and Dogecoin does not return to the news until 2021. The reasons were several and involve some elements that affected the world economy in these first months of the year: Reddit and Elon Musk.

Current CEO of Tesla and SpaceX, in addition to other projects, Musk is one of the most influential figures in the technology market also for his Twitter posts involving cryptocurrencies.

And he has been talking about Dogecoin since 2018, but it was only in 2021 that some short messages posted by the executive led the cryptocurrency to be valued suddenly.

In addition, she became a kind of “darling” of communities from TikTok and the subreddit WallStreetBets, the same thing that messed up GameStop’s investment fund.

These groups aimed to take Dogecoin “to the moon” – an expression that indicates valuing it to the maximum, to test the very limits of financial speculation. Did it work? In 2021, it has already risen 8,100% – in April, it went up at the same time that the other main cryptocurrencies in the market suffered a historic drop.

However, the classic instability of cryptocurrencies also affects Dogecoin. At the time of writing, it lost 43% of volume in just 24 hours and saw market capitalization shrink by just over 5%. Currently, a Dogecoin is the equivalent of $ 0.29, according to CoinMarketCap.

Years after it was established, the cryptocurrency that was born as a joke became serious – and part of the speculative market that it wanted to parody. 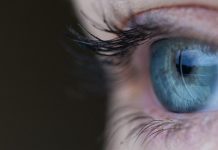 Covid-19: Adherents of preventive treatment for covid-19 lead to infections in...