Home Crypto Dogecoin Founder Criticizes Some Members of the Community 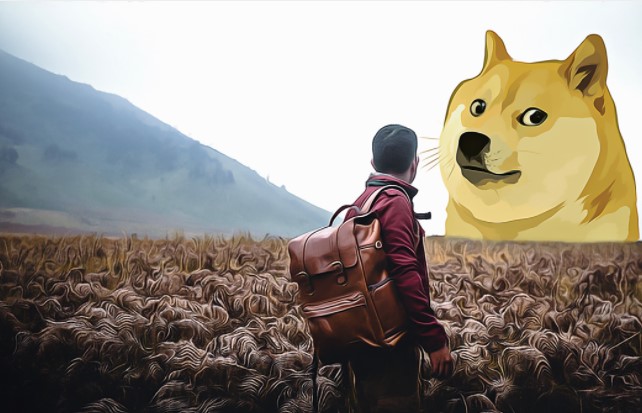 Despite a backlash on the development side, Dogecoin creator Billy Markus remains an active voice within the crypto community. Markus has targeted some DOGE owners who have recently targeted the community from within.

Created as a prank on Bitcoin in 2013, Dogecoin creator Markus tweeted out some members of the community highlighting his concerns. The tweet in question highlights the most common topics discussed by the community, including supporters of popular trading platform Robinhood, other prank cryptocurrencies, NFT and DOGE.

According to Markus, many Dogecoin members are doing great in the community. However, there is a fan base that tends in the opposite direction. The founder thinks Dogecoin needs NFTs and Ethereum bridge for mass adoption.

Dogecoin gained tremendous momentum in the crypto world with a parabolic rise from Reddit this year as individual investors entered buying mode. Tesla and SpaceX CEO Elon Musk vehemently and persistently endorsed the most popular prank cryptocurrency Dogecoin on Twitter and other social media platforms. Declaring himself the Dogefather earlier this month, Musk announced that Tesla would include Dogecoin in payment methods for some of its products.

On the other hand, Markus previously mentioned two main things he believes could improve Dogecoin and drive mass adoption rates of the joke coin. The first case is known as completing the bridge between Ethereum and Dogecoin. It was emphasized that this would greatly benefit the DOGE ecosystem. At this point, Ethereum co-founder Vitalik Buterin stated earlier this year that they are open to a collaboration between Ethereum and Dogecoin.

Another train that Markus is looking forward to is integrating Dogecoin with NFT platforms such as OpenSea, allowing purchases with DOGE. The experienced name stated that Dogecoin’s step into the burgeoning NFT market could help increase its utility. Dogecoin price is trading at $0.17 as of the writing of this article.