Home Crypto Dogecoin and AXS Forecast: These levels can be seen within a week! 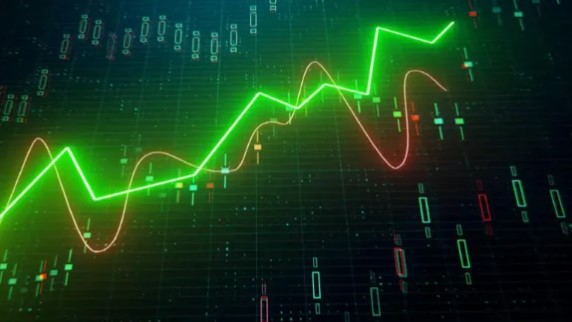 The price of Dogecoin (DOGE) has been trying to soar for almost a year. Attempts to destroy this ascending order were made during the golden week. If successful, this can lead to huge profits for early traders, but failure can trigger a sharp crash. On the other hand, the price of Axie Infinity (AXS) continues to fall below the $30 level and approach the $28 range, however, the volume continues to grow at these lows.

A descending wedge on the Dogecoin chart

Dogecoin’s price movement has dropped almost 85 percent from its all-time high of $0.740 to the level it is currently trading at. Combining these oscillation points using trend lines on the Dogecoin weekly chart defines a downward wedge pattern. This technical formation marks an increase of 68 percent, or $ 0.217, which is achieved by adding the distance between the initial points of the maximum and minimum fluctuations to the breakout point. After six failed attempts, DOGE returned to retest the weekly demand zone from $0.109 to $0.124. Given the bearish trend in the cryptocurrency markets, if this drop overcomes the $0.109 level, it could lead to a catastrophic collapse.

Such a move could trigger a 30 percent pullback to the $0.078 level, where buyers may intervene. This step will negate the ascending thesis of a descending wedge. Worse, a break of $0.048 on a weekly timeframe could be a decisive moment. This move could lead to a further 70 percent drop due to the fair value gap, which increased from $0.041 to $0.014. A weekly candle above $0.159 on the Dogecoin chart confirms a bullish breakout. This event will also invalidate the bearish thesis and trigger a movement that will retest $0.217.

Looking back at Axie Infinity, we are still trying to solve several problems that do not allow us to return to the highest levels. AXS is still experiencing a significant drop in the number of users, the cost for existing and new players remains high, and the hacking of the Ronin Network in March 2022 is still relevant. The price of Axie Infinity is likely to fall even further, breaking through the current lows of 2022 to test the psychological area of the $20 value. The $20 also contains a 61.8% Fibonacci retracement and includes the previous high volume node in the 2021 volume profile. Below $20, things get more complicated.

There is practically no history of trading volume between $20 and the next node with a large volume of $8 in the Volume Profile. With all the bearish fundamentals, a general sense of risk aversion, and growing competition, AXS has an almost impossible path to recovery. However, since May 6, a significant amount has returned to AXS. As a result of the volume increase, a new node with a large volume appeared in the Volume Profile of 2022. A new high-volume node priced at $30 is important because it is the fastest growing high-volume node for 2022. If the bulls are able to hold $30 and complete the close above $35, the large gap in the volume profile suggests that the price of Axie Infinity could change quickly to retest $50.