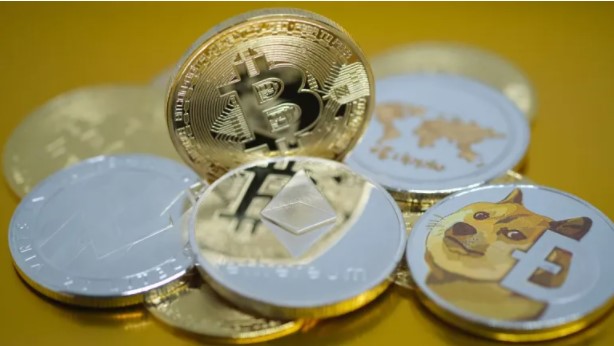 In this article, we will include analyst Filip L.’s predictions about Bitcoin, Ethereum, Ripple and Doge. Russia’s rejection of Ukraine’s olive branch has painted the crypto markets red. Bitcoin price experienced a complete reversal during the ASIA PAC session. Ethereum price dropped further below $3,018. XRP price is moving sideways, waiting for a catalyst to go either way. DOGE price also went down because of the Ukraine issue.

As Somanews readers closely follow, the Bitcoin price experienced a complete reversal in the ASIA PAC session. Expect to see increasing selling pressure throughout the day, as most EU and US traders will want to retrace their losing long-term trades, says the analyst. This will only add to further bearish pressure on cryptocurrencies, triggering a pullback to lower lows from the start of the week, putting everything back to square one for this week. Bitcoin (BTC) price will make traders uneasy as a lot of money has been poured into BTC longs during the various trading sessions that ranged from Asia to the closing bell in the US yesterday.

BTC price is likely to drop to the entry level of $38,073 during the Asian trading session yesterday. European and American traders will see a dislocation in their positions as they begin their trading day, so we expect another wave of selling pressure to come and result in a break below $38,073 to $36,709. With this, the double bottom at $37,200 will be drawn from Tuesday and the tone will be set for BTC price to close in negative territory for the trading week. On the other hand, a positive headline may come from Russia.

Ethereum price bounces off support, but bearish pressure is in place as investors await news from Russia. Ethereum (ETH) price erased yesterday’s gains as Asian traders triggered selling this morning. This did not give European colleagues a good start to the day and came as a surprise yesterday as global sentiment expected a positive outlook. At the time of writing, price action has found a bottom at $2,574 with a perfect technical bounce from this level. It is no coincidence that this level coincides with the March 05 low reached during the Asian session. According to the analyst, ETH price looks like it will change the trades a bit and may even rise as high as $2,682. This may be a level that bears will want to defend as a logical entry point.

As the Relative Strength Index has made a major reversal to the middle of the range, we expect the bears to likely still be in the driver’s seat and expect higher lows and the price to bounce back several times from the aforementioned price level to $2,574 before breaking out higher. This will test this week’s low, opening the room for an accelerated drop to $2,440. This will quickly bring ETH price action to $2,760 and it could even see some follow-through towards $2,800 where the bulls face the 55-day Simple Moving Average (SMA). A minor test and drop to $2,840 would be the expected maximum on the upside for today’s session.

XRP price will drop below the 55-day SMA and put the correction back on the table. Ripple’s (XRP) price saw a strong comeback of hit-and-go investors yesterday as Ukraine extended an olive branch to Russia as XRP saw massive cash flow but not any confirmation or positive signals from Moscow. The silence that came as a cold shower for investors after yesterday’s relief rally eliminates the possibility of a quick solution to the situation. It becomes more evident in markets where Putin is genuinely keen to turn the situation in his favour.

As sanctions begin to wreak havoc on the Russian economy, and as the deadline for several Russian banks exiting SWIFT approaches, they may begin to force Putin’s hand into a compromise that will be well received by global markets. In such a scenario, yesterday’s relief rally would only look like a rehearsal as XRP price pulls back to $0.78 and then rises to $0.80 or even $1.00 if a permanent solution to the conflict is found.

The Doge price declines as Moscow ignores Ukraine’s peace offer. The Dogecoin price has had its best rally in more than a year on news that Ukraine has abandoned its NATO bid. DOGE price took profit during ASIA PAC. We expect to see more losses on a break below $0.1137 and a dip towards February lows towards $0.11067. Dogecoin (DOGE) price profited from the global aid rally that started yesterday at the ASIA PAC session, after which both EU and US traders were more than happy to take over the US close.

Dogecoin price is focused on what Russia will do next. Dogecoin price had its best trading day yesterday and was matched by a complete pullback of realized profits. Price action is slipping again today as traders struggle to loosen their long positions yesterday, which looks like a relief rally from the resolution of the dispute between Russia and Ukraine that broke the deal. More than 24 hours later, however, Russia declined to comment, or even welcome, Ukraine’s efforts, which reactivated markets and made it clear that this situation would not be resolved anytime this week.

DOGE bullish if Russia pulls out

DOGE price action is now testing the low of a broker trendline that has seen two tests in the past few hours and is not giving the foot enough strength for a total bounce of 0.12 or higher. From above, the red descending trendline makes it a triangle that can break in either direction, but as US traders have not entered yet, they will likely see more bearish and when they do they will see their positions have significant losses. Expect this to see a break below the green ascending trendline and see an accelerated downward move as the bears break above $0.1137 and trigger a correction towards $0.1067. If a withdrawal from Russia is discussed and wars from both sides stop in a peace deal, the situation will undoubtedly be upside down.