Home Crypto DOGE and SHIB Analysis: Prepare for These Levels 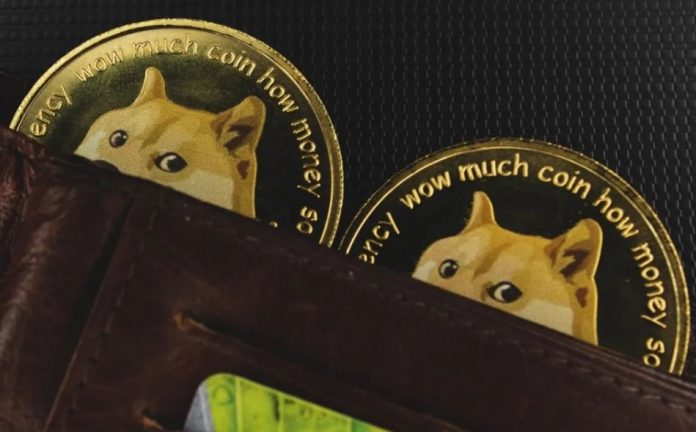 Dogecoin had a possible bearish process over the weekend. Shiba Inu (SHIB) fell asleep again after a short excitement after the news of the Coinbase listing. Analysts call this the “Coinbase Effect”. Now, we take a look at the technical levels of both meme coins. Let’s start with the targets of the Dogecoin bears…

According to technical analysis, the closest support level for Dogecoin is the $0.185 area. Below $0.185, there is a 100% Fibonacci expansion at $0.125. However, $0.125 is very likely not to remain as a solid support area. Judging by the volume profile, there is a huge volume pit between $0.16 and $0.08 and Dogecoin has traded almost nothing in this price range. If we assume that the ATH level for DOGE is the end of the Grand Supercycle in Elliot Wave Theory, then we can predict where the first ABC correction wave will end. Knowing that Wave 2 is typically 50%, 61.8%, 76.4% or 85.4% of Wave 1, the next support zone is well below the $0.125 level. 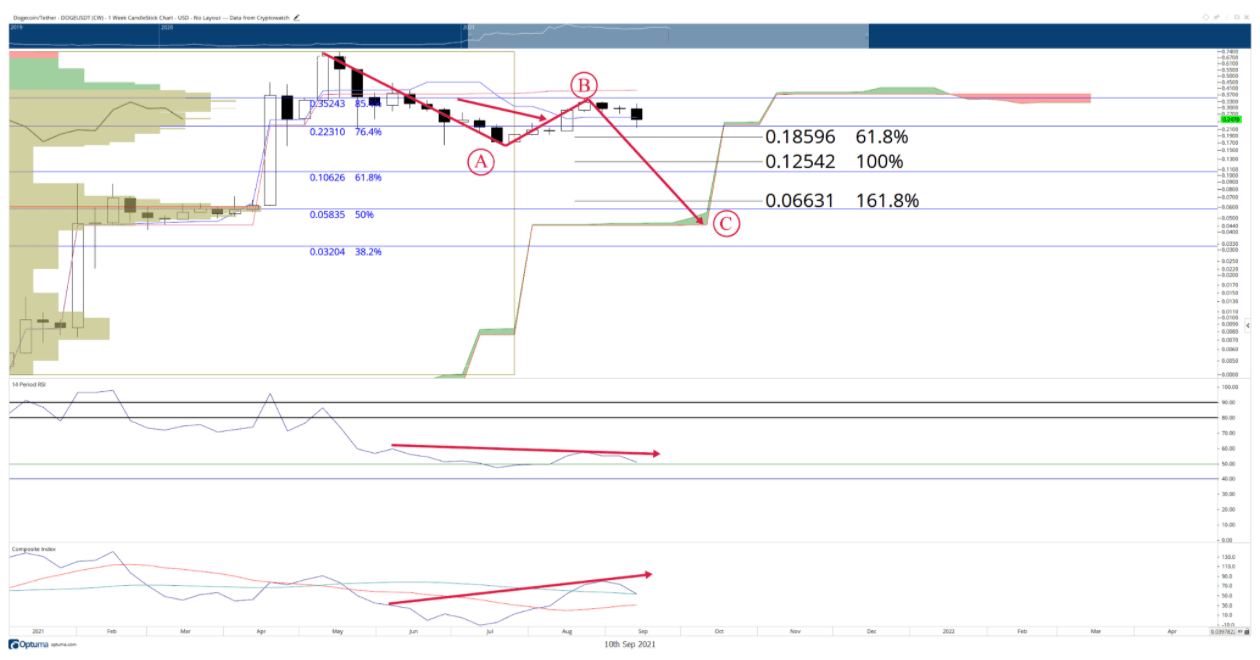 The possible endpoint for wave C is the region between $0.051 and $0.066. From this area, 50% Fibonacci retracement, 161.8% Fibonacci extension, Senkou Span A, Senkou Span B and 2021 VPOC are found. Additionally, the hidden bearish divergence between the RSI and the Composite Index indicates that the probability of the Dogecoin price reaching $0.066 is very high. Still, bears should not be overconfident, according to analysts. DOGE price could find support in the $0.125 range. Additionally, if the Dogecoin bulls can close the price at $0.402 above the midpoint price of the last 26 weeks, the bearish scenario will be invalid.

After the May 2021 meltdown, the overall cryptocurrency market started to recover and the altcoin rally extended to the Shiba Inu. From July to mid-August, SHIB rallied over 50%, but has since recorded consistent losses for its investors. Now, the world’s largest cryptocurrency exchange Coinbase has announced the listing of SHIB, and analysts refer to it as the “Coinbase Effect” as the SHIB price recovery was short-lived.

Our SHIB-USD and SHIB-USDT order books are now in full-trading mode. Limit, market and stop orders are all now available.

The crash on September 7 caused the price of SHIB to drop by about 30% in a single day. The Coinbase listing announcement, acted as a catalyst for the SHIB price to recover the next day. SHIB’s debut on the exchange was accompanied by a surge in price, and analysts expect memecoin to bounce back to $0.000013. 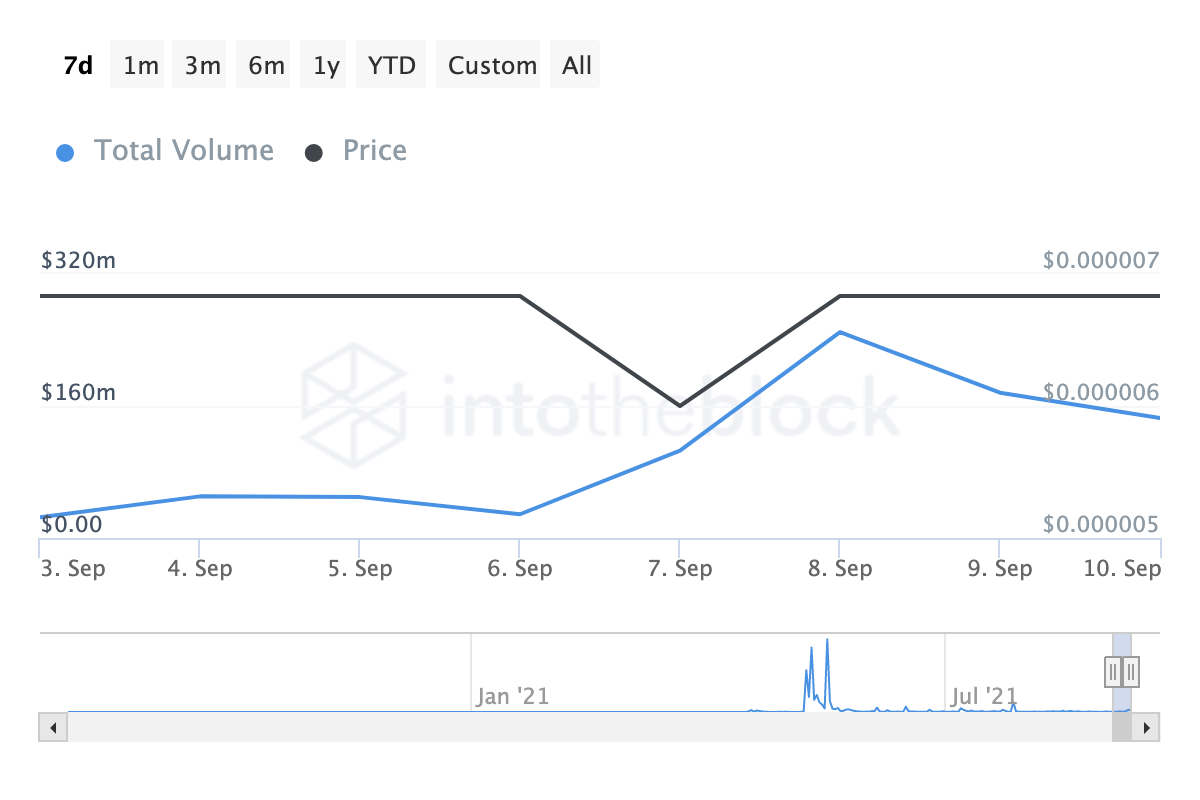 Also, on-chain indicators for SHIB show a reversal of the bullish trend. The number of large transactions worth $100,000 or more increased in the past week. Based on data from blockchain data platform IntoTheBlock, a total of $830.89 million worth of large-value transactions were processed on the SHIB network. The indicator measures the total daily trading volume of over $100,000, reflecting big wallet investor activity. Now, analysts are anticipating upside pressure, setting the next price target at $0.00000850. SHIB is predicted to compete for a 30% rise after breaking the key support level.

3 Analysts: Gold Price Can Do This During The Week!

Gigantic BSC Whales Are Not SHIB: This Meme Is From Coin!