Home Entertainment Does the US ban Tik Tok? The press conference of the Prosecutor... 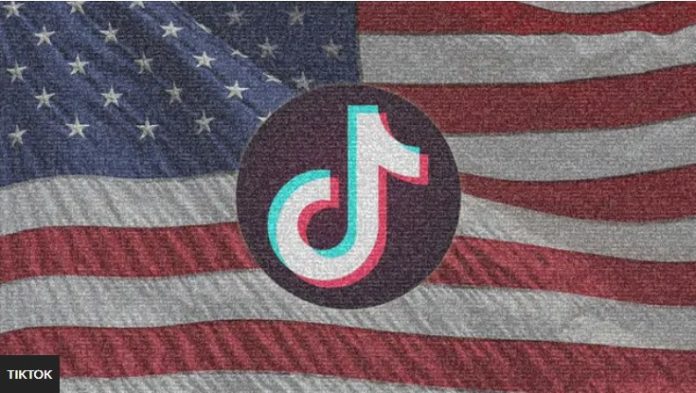 U.S. Attorney General Merrick Garland called a press conference on October 24 to discuss “national security issues” together with senior officials of the Department of Justice.

The US is pursuing a “non-state actor” for malicious influence schemes and alleged criminal activity.

TikTok users fear a ban in the US

Rumors began to circulate about a potential TikTok ban, as Mohammed Aliahya from the Hudson Institute claimed to have heard about such a possibility.

He tweeted: “I hear the chatter that the US will ban TikTok today. There are rumors that Huawei will be banned today, and then TikTok.”

There is talk that Huawei will be banned today, followed by TikTok.

— Mohammad Alyakhya (@7yhy) October 24, 2022
Thousands of users have interacted with the tweet since it was first posted, as many wondered if the end was near for the app.

In July, FCC Commissioner Brendan Carr called on tech giants Apple and Google to remove TikTok from their app stores, saying it “poses a serious threat to national security.” This followed a Buzzfeed report that said the Chinese government could have accessed the private data of American consumers using an app.

The conference was broadcast worldwide, it was covered by USA Today, Reuters, FOX, Washington Post, CNN and other major news agencies.

After the press conference was announced, Ken Dilanian of NBC reports: “It is expected that the 1:30 a.m. press release by A. G. Garland and FBI Director Ray will detail some cases of Chinese espionage, including against a pair of alleged intelligence agents who tried to gather insider information about the trial harassment. Huawei companies. Nothing crushing.”

Will TikTok be banned in the US?

At the time of writing, the United States government has not announced a ban on TikTok in the country, despite concerns about data sharing with the Chinese government.

Officials challenged the Chinese government on three cases of alleged criminal activity on October 24, using cases investigated by the FBI, alleging that China threatens democratic norms and the rule of law to undermine U.S. national security.

During the live broadcast, one official said, “We also see a coordinated effort by the Chinese government to lie, cheat and steal its way to unfairly dominate entire technology sectors by putting competing American companies out of business.

“Their economic attack and violation of their rights are part of the same problem. They both trample on the rule of law.”

Despite concerns about an alleged attempt to obstruct independent lawsuits in the US to help Chinese businesses with the help of a non-state actor, at the time of writing there is still no reason to assume that TikTok will be subject to a ban.

How I Met Your Father: Veronica Mars And Glow Actor Joins...