Home Entertainment Does The Rings Of Power Score match the work of Howard Shore? 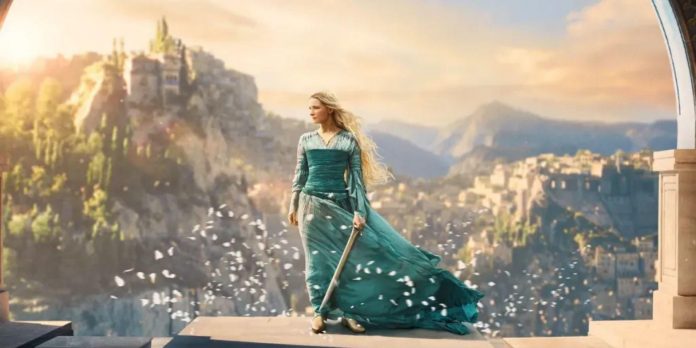 The Lord of the Rings trilogy is a cult and famous series of films not only for how they touched the hearts and lives of fans around the world, but also for their critical acclaim in the film industry. Having won 475 awards from 800 nominations, the trilogy is still the most awarded series of films in the history of cinema, with recognition in everything related to the script, acting, effects, costumes and much more. But perhaps one of the most exciting and emotional sets of awards for films is the awards awarded to composer Howard Shore, who has received 3 Academy Awards, 3 Grammy Awards and 2 BAFTA Award nominations. Shore himself describes the music for “The Lord of the Rings” as the pinnacle of his career, and this is the soundtrack that stayed with him for all the years of his life.

A little over a decade later, Shore also wrote the music for The Hobbit trilogy, which again received worldwide recognition for an exciting and epic composition that raised Peter Jackson’s films to a new level. Now, almost a decade later, fans will see another return to Middle-Earth, but this time with Amazon at the helm, as the latest version of the Tolkien adaptation is about to hit the big screens. Less than a month before the series was released, Amazon had just released the soundtrack to “Rings of Power,” and fans’ hopes and fears grew when they first saw the emotional resonance and powerful impact that the musical score would cause. there is on the show and its success, or its failure.

The inspiration behind the latest soundtrack is Bear McCreary, whose name may be known for other hugely successful musical endeavors such as Battlestar Galactica, God of War and The Walking Dead. McCreary’s talents are undeniable, and there have been many bright moments in his career as a composer so far, but will the sudden release of his composition “Rings of Power” help him soar to even greater heights, or will he fall short of the peak that Howard Shore set? for the music of Middle-earth? At first glance at the playlist, as well as at the first responses of fans after listening to it, it seems that McCreary has achieved success and that he not only managed to capture the same essence of Middle-earth that Shore so masterfully created a precedent for all these years ago, but managed to accurately reflect what is at stake in the new series of Rings of Power.

If you listen to his works, you can find a lot in common between his creation and the work of Shor, which reflect the vastness of the epic world, and also talk about the times of ancient myths and legends. It’s heroic and majestic, but, as McCreary himself noted, Shore’s music belongs to an era different from “The Ring of Power”, which takes place thousands of years before “The Lord of the Rings” and even before its predecessor “The Hobbit”. The Middle-earth of these later years is old, approaching the end of all the magic of the world, and therefore it is filled with an eerie sadness and melancholy.

This is due not only to the fear and pain caused by Sauron’s powerful power and the death he caused, but also to the decrease in the number of elves. Shore caught this feeling of ancient civilizations, which, being still powerful and powerful, were approaching their decline, filled his music with a beautiful sadness that speaks of the disappearance of magic from the world. Even “The Hobbit”, which takes place earlier, still told the story of the death of entire cultures, once great and powerful dwarves, expelled from their home and eager to regain it for themselves.

If Shore’s Middle-earth was a place of melancholy and brooding disintegration of one great race, then McCreary’s Middle-earth speaks loudly about the power of these cultures at the peak of their power. His music sounds just like Shor’s predecessor, like the music of powerful people before they fell into illness, greed and ruin. The best comparison is that Shor’s music is like the faded and often crumbling frescoes of a church, still powerful, beautiful and powerful, but devoid of the color and brightness of the moment when they were created. McCreary’s new work “Kazad-doom” is a great example of this, named after the vast kingdom of the dwarves of the same name, one of the most powerful cities in all of Middle-earth, and at a time when it flourished. The song thunders with power and might, dwarven fortitude and strength at its absolute peak, far from the sometimes faint-sounding faded cries of dwarven Shore music.

“Galadriel” is another great example of what McCreary does so masterfully with the choice of music for Rings of Power. Galadriel has always been shown not only as a beautiful and almost unearthly character, so mysteriously played by Cate Blanchett in Peter Jackson’s films. She demonstrates strength and wisdom, poise and elegance, something that the Rings of Power series seems to turn upside down.