Home Entertainment Does the Apple Iwatch monitor blood pressure? What you need to know 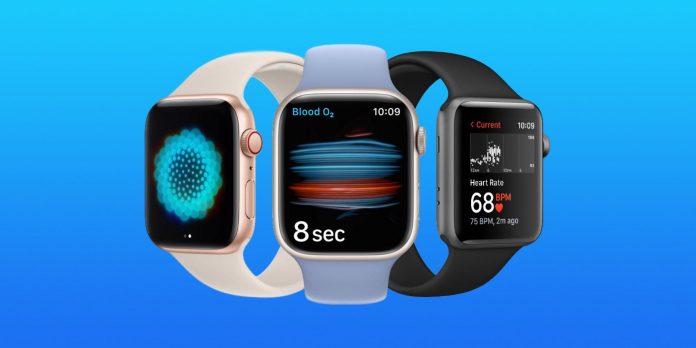 Apple Watch is a smartwatch focused on health and fitness, which is equipped with a set of sensors used to determine some of the owner’s vital signs, but is blood pressure monitoring supported? The Apple smartwatch line includes various health features that may vary depending on the model and series. The company has been releasing new Apple Watches every year since they were introduced, but the product names and included features can be confusing. The first Apple Watch was called the “zero series” by technology enthusiasts, as they remained outside the current naming scheme. After the original model, the company released a brand new Apple Watch Series 2 and a stripped-down Apple Watch Series 1, each of which has the same fitness and health capabilities.

However, after that, things get even more complicated. The Apple Watch Series 3 was released a year later and is still being sold on Apple’s website. Every year after that, the company added additional fitness and health features to the Apple Watch, including new hardware sensors. The Apple Watch SE, a cheaper version of a smartwatch with slightly limited features, has its own functionality different from the Apple Watch Series 7. With this in mind, the available status sensors and tracking may vary depending on the device, and the company usually improves them. these functions are available with each update.

Related: Why Individual Workouts are a Game Changer for the Apple Watch

The Apple Watch does not have a blood pressure monitor, but there is a heart rate sensor and an electrocardiogram. This is good news for people concerned about hypertension, as heart rate and blood pressure have a positive correlation, according to a University of Minnesota study (via NCBI). The researchers concluded that “increased heart rate is associated with increased peripheral blood pressure, increased risk of cardiovascular disease and is amenable to change.” This means that Apple Watch users can get an idea of their blood pressure status based on heart rate readings. However, if someone is worried about their blood pressure or needs to monitor it for health reasons, it is recommended to use appropriate medical equipment.