Home Entertainment Does the 2023 BMW i4 qualify for a federal tax credit? 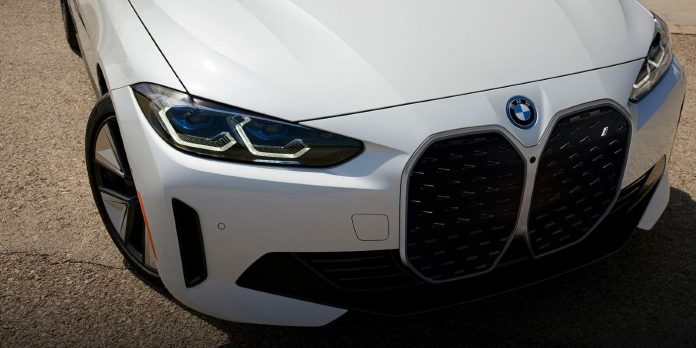 The BMW i4 of 2023 is a luxury electric car that many buyers will consider, but does an electric sedan qualify for a federal tax break? Today, more consumers are interested in purchasing electric vehicles than ever before, which indicates a revolution in the automotive industry. Owning an electric car not only helps the environment, but also allows owners to get more from these cars than from their gasoline counterparts. Today, electric vehicles are capable of semi-autonomous driving, and efforts to improve their capabilities are already underway. Buyers can also take advantage of certain benefits provided to electric vehicles, one of which is the federal tax credit, which applies to many automakers.

The federal tax credit is designed to encourage more people to buy electric vehicles. When automakers advertise their newest electric vehicles, they usually include a tax credit. This is part of the U.S. government’s efforts to improve the perception of electric vehicles by consumers and achieve the goal of fully electric mobility in a few years. In addition to electric vehicles, plug-in hybrid vehicles (PHEVs) are also eligible for tax relief. With the tax break, electric cars and PHEV hybrids are becoming more affordable. However, some electric car manufacturers have maximized their tax benefits. For example, Tesla cars that found new homes after December 2019 and General Motors cars (including Cadillac and Chevrolet) purchased after March 2020 are no longer eligible for the tax credit.

The 2023 BMW i4 is eligible for a $7,500 tax rebate. However, BMW states that the expected loan amount may be lower depending on when the loan phase-out rules come into effect. In addition, the company recommends that customers consult with a tax specialist to determine their eligibility for this benefit. i4 buyers can also qualify for government benefits such as discounts, tax breaks, and grants. In addition to the federal tax credit, buyers are also eligible for the usual benefits for electric vehicles, such as savings on gasoline and oil. In addition, when buying this electric car, you can get privileges such as access to the HOV lane for one person in some states and the privilege of parking near charging stations.

Both BMW i4 trim levels are eligible for a tax discount

The BMW i4 is available in two versions: the i4 eDrive40 with a starting recommended retail price of $55,900 and the i4 M50 with a starting price of $67,300. Prices do not include a $995 assignment and processing fee, as well as taxes, ownership, license, and registration fees. However, a federal tax credit is available for both options, which significantly reduces the price.

As the pioneer of BMW’s electric sedan, the i4 is a giant part of the German automaker’s efforts to proclaim the future of electric mobility. The i4 retains the body style of the popular BMW 4 Series Gran Coupe. The electric car has a long wheelbase, short overhangs and a smooth roof line. The design of the i4 is built on the existing BMW Cluster Architecture (CLAR) platform, which combines materials such as aluminum steel and sometimes carbon fiber for production.

Buyers can access standard safety features such as active blind spot detection, lane departure warning and head-on collision warning with mitigation of the consequences of a collision in the city. The i4 also comes with BMW’s state-of-the-art iDrive operating system, which is BMW’s best onboard technology. Drivers can interact with BMW’s intelligent personal assistant, designed to improve user interaction. The BMW i4 2023 also supports wireless integration of Apple CarPlay and Android Auto.

The Good Doctor Season 5: The reason that brought Claire Browne...

The MCU has just broken the first rule of time travel