Home Celebrity Does Song Kang consider himself a loner due to his acting career? 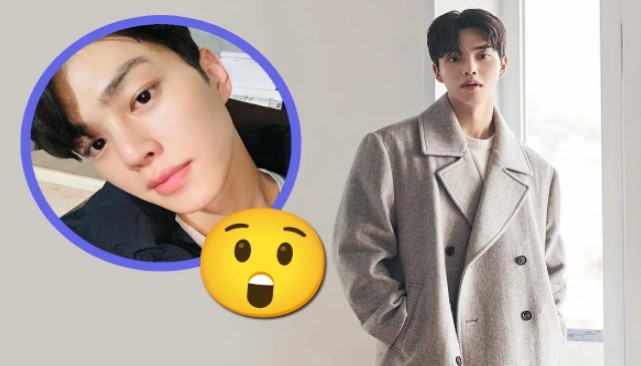 Song Kang has not stopped working in recent years and his success in K-Dramas continues, has he become lonely while being so dedicated to his profession? He himself reveals the truth.

Since Song Kang’s arrival on the sets of Korean dramas, this boy has shown his great passion for acting, leading us to meet very diverse characters and for a short time, so he has managed to conquer fans from all over the world.

After starring in Love Alarm, this Korean actor has continued to add points to his career by entering successful dramas that are released one after another, but also range from suspense like Sweet Home to romance like his current leading man in Forecasting Love and Weather. , as well as emotional stories in the style of Navillera.

With so many projects underway and his plans for the future, it is possible to imagine that his schedule is full even to have free time, has this connected him with loneliness?

SONG KANG CONFESSES WHETHER THE ACTING CAREER IS LONELY OR NOT

In a recent interview with Arena Homme Plus, the drama actor was asked if he has experienced loneliness as a consequence of his acting career that has not stopped flourishing, but he answered without any hesitation and totally denied it. .

Song Kang explained that while he is on set he is never alone, referring to how each new project leads him to connect with more people including his fellow cast members, production members, and more.

I get to work with other actors, so instead of feeling lonely, I’m happy and enjoying it.

SONG KANG HAS WORKED ALONGSIDE BIG STARS OF DRAMAS

This actor has not only made clear to us his acting versatility, he has also been in front of cameras with celebrities of all kinds. As an MC he managed to meet many K-Pop idols and would later act alongside Red Velvet’s Joy, but the list is just going on.

Han So Hee, Park Min Young, Kim Soo Hyun, Park In Hwa, Lee Do Hyun, and Go Min Si are just a few of the South Korean talents this guy has worked with in K-Dramas.

In other drama news, we recently told you about some of the Korean actors who played charming characters in stories with a retro vibe that made everyone fall in love.

Woojin reunites with his fans in his first fanmeeting