Home Entertainment Does Jungkook Have a Tongue Piercing? ARMY Has Doubts And Evidence 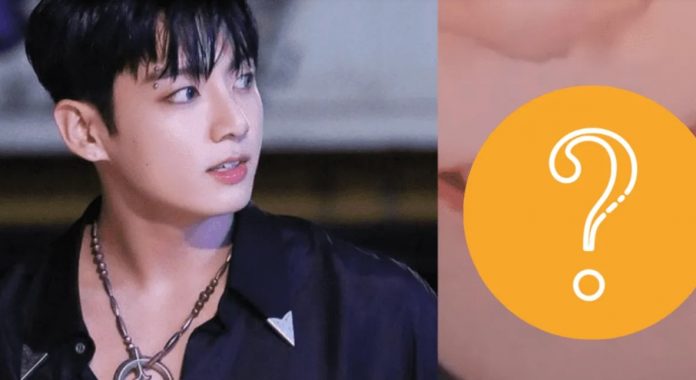 BTS’s Jungkook showed off his new piercing live? A clue piqued the curiosity of the fandom. BTS’s Jungkook is a K-Pop idol who is not afraid to experiment with his looks and accessories, besides tattoos he is a declared fan of piercings, does he have a new piece on his tongue?

The Golden Maknae has left us speechless with its artistic and physical evolution; Although tattoos continue to be frowned upon by some Koreans, Jungkook is playing an important role in making stereotypes on the subject disappear.

For Jungkook there is nothing like adding accessories to his look and better if they are permanent. As you have noticed in his photos, the star not only has tattoos along his arm but also piercings, one of them on his eyebrow, ear and he could have another on his tongue.

ARMY has long seen that the singer of Butter had a new piercing in his ear, it is an orbital piercing, as fans have detected this new style, they are also struck by a new possible piercing in the tongue. : O Jungook has left us like this: 0!

Days ago, Jungkook met with ARMY from all over the world for live, they discussed many topics such as music recommendations and answered questions from fans, but viewers noticed something.

ARMY has captured the exact moments in which something strange is seen in the Korean artist’s tongue, even with close-ups a brilliant piece is seen, for others, it would be a bit of accumulated saliva from the talk.

While Jungkook’s supposed tongue piercing divides opinions, netizens are suspicious of the images where the thing that adorns the star’s mouth has the same position and does not look like liquid. What will it be?

The Bangtan Sonyeondan fandom already has experience of the rumors, it is always better to wait to find out exactly if the Golden Maknae has debuted a piercing on his tongue or is it an optical illusion. What do you think?

ARMY! The premiere of the second season of the BTS IN THE SOOP series is now official, when are you going to be able to see it? Learn all the details of the new idol project.

The NFL will tell you about the 2021 season on Twitter...