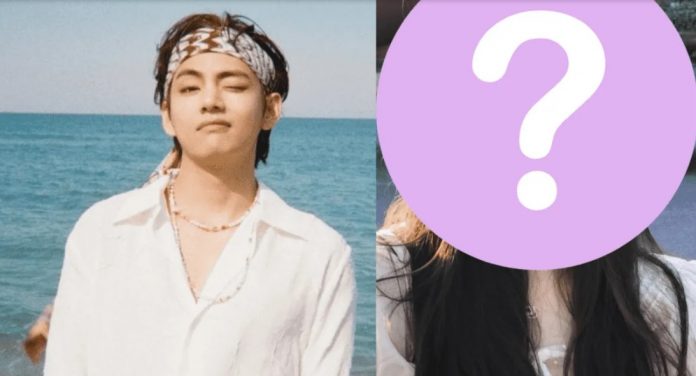 Is BTS’s V dating anyone? Netizens raised suspicions of an alleged affair with this girl. Who is BTS’s V‘s supposed girlfriend? Following a wave of rumors that linked the idol with the daughter of an important family, the HYBE agency released a statement regarding Taehyung’s emotional status.

In recent days, V was one of the guests at the preview of the Korea International Art Fair 2021 , the VVIP event brought together artists, curators, collectors, art critics, and idols like the member of BTS.

Those present were amazed by the presence of the singer of Butter and took some photographs of his tour of the COEX in Seoul, where he observed interesting pieces and one of the curators of the project explained the messages of the works.

The images of Taehyung at the event flooded social networks and many noticed that a girl appeared in several, which aroused curiosity because they seemed close and rumors about girlfriend V emerged.

WHO IS THE GIRL THAT BTS’S V WAS INVOLVED WITH? IS SHE HIS GIRLFRIEND?

Netizens investigated the girl’s identity and found that she was the daughter of the owners of Paradise Group , a South Korean conglomerate popular for its hotel chains and resorts in different areas.

Fans analyzed in more detail photographs V of BTS in the event VVIP of International Art Fair 2021 Korea and other images where supposedly wore a bracelet matching belonging to the brand that launched the same girl.

Faced with questions about the alleged romance of the BTS member , a representative of the company HYBE Labels clarified the situation and explained the type of relationship of Taehyung with the heiress of Paradise Group.

DOES BTS’S TAEHYUNG HAVE A GIRLFRIEND? HYBE LABELS RESPONDED TO ROMANCE RUMORS

After all the rumors, a representative of HYBE Labels stated that his client and the girl’s family are very close, they are only acquaintances, and they flatly denied that the vocalist was dating her.

Other users of online platforms shared that on the day that V attended the VVIP event of the Korea International Art Fair 2021, he was accompanied by the president of Paradise Group, also by his wife and daughter.

So at the moment Taehyung is not dating anyone and is single .