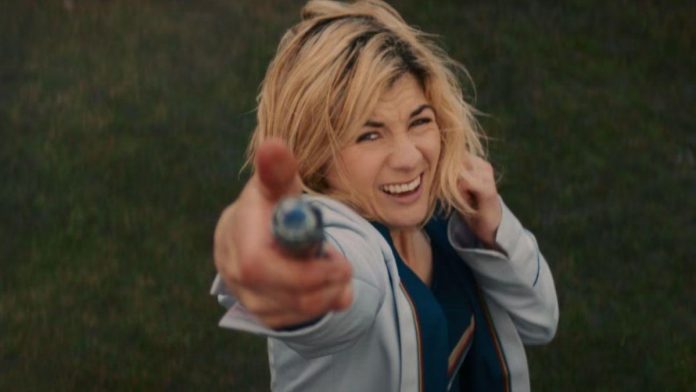 The 60th anniversary of Doctor Who continues to dominate the headlines as more information and rumours emerge about an important milestone for the BBC series. Of course, there is still one episode before all this, as Dr. Jodie Whittaker is regenerating before the end of the year. Returning showrunner Russell T. Davis recently took a break from the 60th teaser to praise Whittaker’s latest episode.

Russell T. Davis appeared as a guest on The One Show, and he was asked for information about everything that awaits him ahead in connection with the 60th anniversary of Doctor Who. Davis didn’t say anything about celebrating his anniversary, but revealed some key details regarding Jodie Whittaker’s farewell to the Thirteenth Doctor:

To be honest, I can’t say, because in October of this year there will be a farewell to Jodie Whittaker. So I think I’m exaggerating a little. I love Jody, and I only saw the finished version two days ago. It’s a 90-minute epic, it’s fantastic. So, it’s great, with lots of surprises, and I shut up!

Russell T. Davis announced that the series will be released in October and that it is a “90-minute epic”. This is certainly exciting news for fans of the Thirteenth Doctor, who will receive a full-length episode ending her tenure. The trailer for the episode has already teased some exciting comebacks with the appearance of past companions Tegan and Ace.

Russell T. Davis also brought a few additional surprises, and with all the news about the 60th anniversary of Doctor Who, he didn’t say much about what fans can expect. I’m sure there are a few people who are wondering how David Tennant’s Doctor is coming back and how he fits into the story of the upcoming holiday. It’s possible that Jodie Whittaker’s latest episode as the Doctor will somehow prepare this and throw an unexpected punch at her audience.

There is also a possibility that in the regeneration episode, according to tradition, when the torch is passed from Doctor to Doctor, the first Doctor Who scene with Nkuti Gatwa as the Doctor will be shown. It seems that even Ryan Gosling really wants to see Gatwa in this role, so I’m sure many are hoping to see the actor deliver his first lines in the farewell episode. With that said, there’s definitely something a little strange about Gatwa’s casting wording, and it’s possible that his debut won’t take place in the upcoming episode.

Unfortunately, since Jodie Whittaker’s regeneration takes place before the 60th, it is unlikely that she will participate in the present release. If so, it’s a pity she won’t be around to celebrate with the other returning actors, but maybe she’s grateful for the break after three seasons. In addition, she will forever be immortalized as the franchise’s first female Doctor, which is a pretty cool legacy to leave behind.

Anyone with a subscription to HBO Max can review Jodie Whittaker’s show before the final episode, which will be released in October. Let’s hope that both this upcoming episode and the 60th episode will be remembered, and they will revive the fandom ahead of the proper performance of Nkuti Gatva.