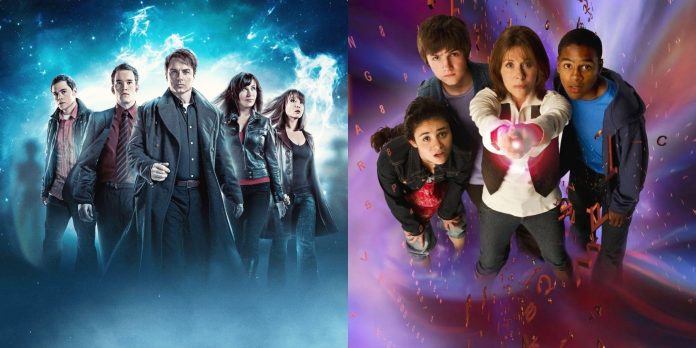 Doctor Who is not only a British institution, but also a global pillar of science fiction. The show, which began in 1963, before going off the air in 1989, revived only in 2005 and continues to operate to this day, has become a pop culture phenomenon. In the main show, a regenerating Time Lord travels through space and time in a TARDIS, taking companions with him, usually from different periods of Earth’s history, for dangerous adventures.

Given the phenomenal popularity of the show, the appearance of spin-offs was only a matter of time. The series has a huge expanded media universe, from audio dramas to books, comics and even video games. Along the way, there were also several TV series. Some of them were short-lived, while others lasted for several seasons. Let’s dive into these shows before discussing which is the best Doctor Who spin-off.

Despite the fact that there were several very successful series based on the main show, there were also those that either did not find a response from the audience after the season, or simply did not move from the dead point. A total of four live-action spin-offs based on the original series were released, each featuring either former comrades or key recurring characters from the main show.

The first attempt to create an additional show was made in 1981 and was called “K9 and Company”. The premise was based on everyone’s beloved robot dog K9 and beloved companion Sarah Jane Smith (Elizabeth Sladen). The show also revealed that Sarah Jane had her own companion, a young man named Ian, who studied computers and mathematics. The subjects of Yan’s research are associated with the beginning of the rise in popularity of computers and could potentially play a big role.

The first episode of the show was called “The Girl’s Best Friend” and was technically the first Christmas edition of the Doctor Who Universe, which took place mainly during the Christmas period. The plot centers on a strange supernatural cult around the ancient Greek goddess Hecate, who turned out to be a masked woman. The first edition of the show was also the last, it was canceled before it started. Nevertheless, it is often considered the basis for the future spin-off “The Adventures of Sarah Jane”.

The most recent side adventure was a show called “Class”. Released in 2016, the show also expanded to audio dramas and books. This took place at Coal Hill Academy, a school that appeared throughout the main series. In fact, she appears in the very first episode — this is the school that Susan attends and where her partners Barbara and Ian teach. The show followed the students of the school as they dealt with the distortion of time and space and the creatures that passed through them. It was in the same vein as “Buffy the Vampire Slayer” and the recurring problems that “Hellmouth” brought, except that it was aimed at a younger audience. However, due to poor performance, the show was closed after one season.

The most famous spin-off shows

Now it’s time to discuss two full-fledged spin-offs, which were the most popular and which, perhaps, both could be classified as the best spin-offs. “The Adventures of Sarah Jane” and “Torchwood” ran for several seasons and received positive reviews from both critics and fans. The shows couldn’t be more different. Sarah Jane’s Adventures was aimed at a younger audience featuring Sarah Jane Smith and K9. Meanwhile, Torchwood was largely aimed at an adult audience, featuring fan-favorite captain Jack Harkness and his Torchwood team dealing with rift invasions.

The Adventures of Sarah Jane

Sarah Jane’s adventures began in 2007 and continued until 2011. The series followed Sarah Jane’s encounter with the Tenth Doctor in the episode ​​​​”School Reunion” from the second series of the revival of Doctor Who. Sarah Jane is a very successful journalist and the mother of Luke’s adopted son, who also turned out to be a very smart child created by Bane. In the series, Luke and his friends join Sarah Jane and sometimes K9 on adventures battling aliens, as well as trying to balance school and family life.

Although the show was generally well received, it was patchy and had a few inconsistencies, mainly the appearance of K9. The popularity of K9 revived after the “School Reunion”, and it was expected that the companion robot would become a regular participant in the spin-off. However, writer Bob Baker retained the rights to K9 and owned it, which means that the appearance of the character had to be discussed regularly. This led to the fact that K9 appeared in the series only sporadically, with the exception of Series 3, when he was a regular player.

The show ended after the death of actress Elizabeth Sladen, prompting tributes, specials, and the release of a shortened season 5 that was completed before Sladen passed away on April 19, 2011. Although some wanted the show to continue, none of the cast or crew wanted to continue without her.

God of War: Ragnarok Gets Its First Full Story Synopsis