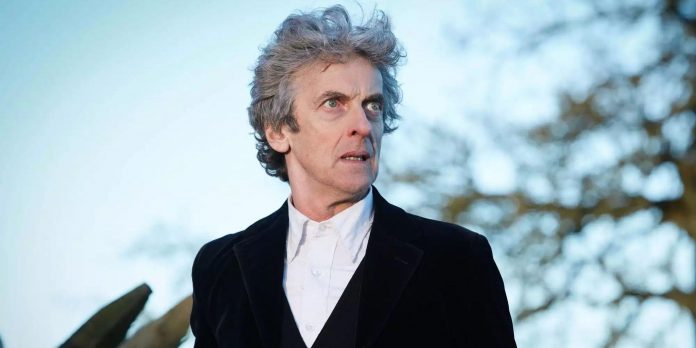 The era of the Twelfth Doctor caused a mixed reaction among fans of Doctor Who. Some viewers note the incredible episodes that have been broadcast for 8-10 seasons, including those in which the main role was played by the beloved villain Missy. Others, however, are unhappy with the discrepancy in the quality of the writing of the show. However, Peter Capaldi’s enthusiasm for the lead role allowed the series to go through the weakest moments of that era.

Capaldi brought an intensity to the Doctor that few other actors have managed. The Tenth had moments of fearsome rage; the Eleventh struck fear into the hearts of enemies when needed, but the Twelfth Dr. Capaldi had a zeal and passion that kept viewers glued to the screens. And there’s no better example of how powerful his character can be than the season 9 episode “The Zygon Inversion.”

The two-part story “Zygon Invasion/Zygon Inversion” dates back to a special issue dedicated to the 50th anniversary. In this episode, the Tenth, Eleventh, and Military Doctors agreed to a cease-fire between humans and the shape-shifting alien race of Zygons. In the end, it was decided that 20 million alien species would live peacefully on Earth, disguised as ordinary people. However, now the ceasefire has been violated. A splinter group of Zygons rebelled, deciding that they no longer wanted to live in shelters and wanted the Land to belong to them. The Doctor must desperately try to stop the war, while radical Zygons capture and kill people, and the governments of the Earth are squeezing their fingers.

Bonnie, a zygon posing as Clara, goes in search of Osgood’s box, an item that, according to the description, can end the cease-fire. Her goal is to expose all the Zygons on Earth, start a war and take over the planet by force, although most Zygons prefer to live in anonymity. But when she finds it, there are two boxes. And each box has two buttons inside.

The tension culminates in a confrontation between Kate Lethbridge-Stewart, the head of UNIT, and Bonnie. Everyone stands in front of the box, with their hands clasped over two buttons, before choosing. One of Kate’s buttons will destroy all the Zygons in the world; the other will blow up London. One of Bonnie’s buttons will show the true form of each Zygon; the other will keep all Zygons in human form forever.

And then, as always, the Doctor bursts in.

The Doctor has always believed in the power of words over violence. He desperately tries to make Bonnie see the flaws in her plan, the short-sightedness of her revolution, the cycle of cruelty that she perpetuates. He almost got through to her, but a 50% chance of getting what she wants is enough for Bonnie- and Kate from the opposite side of the table intervenes that it’s enough for her too. But the Doctor is not going to give up.

Modern incarnations of the Doctor have never liked soldiers or the military, as they witnessed the Time War and the destruction it brought. However, no one spoke so loudly about their disgust, disappointment and anger about the concept of war as Twelve, and here he had had enough. He describes the arrangement of two sides, two drawers and four buttons as a “scale model of war” because war is always the same. In the 2,000 years of his life, the Doctor has seen countless bloody battles, seen countless innocent deaths in the crossfire. And in front of him now are two impulsive young creatures — hardly more children compared to him. His passionate speech to Kate and Bonnie, desperately trying to persuade them both to come down from the ledge, is one of Capaldi’s best moments in the series:

“When you take the first shot, no matter how right you feel, you have no idea who’s going to die! You don’t know whose children will scream and burn. How many hearts will be broken! How many lives have been shattered! How much blood will be shed until everyone does what they always should have done from the very beginning: sit down and talk!”

Cate Blanchett will play the narrator in the Netflix series “School...