Home Entertainment Doctor Who is reportedly Making major changes to the TARDIS in future... 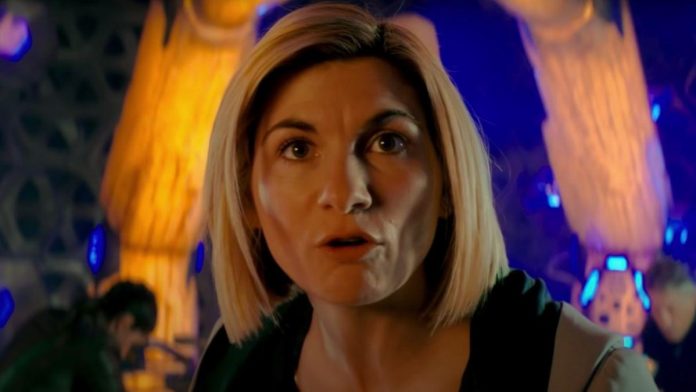 There are already a lot of changes in Doctor Who related to the upcoming revival of Jodie Whittaker and all the revelations regarding the 60th anniversary, and it looks like another one is on the way. It looks like a major design change is coming to the TARDIS, and while some fans may roll their eyes knowing that the TARDIS is being updated with every new Doctor, this change will actually change the availability of the device.

A new report says the Doctor Who TARDIS will undergo changes that will make it wheelchair accessible. The Sun claims that the new design of the TARDIS will remove stairs, narrow spaces and other obstacles that would make navigation difficult for a person in a wheelchair. In addition to these changes, a lift will be installed that will help someone move around any areas that may cause difficulties.

The reason for the change, according to the report, is to accommodate the show’s ongoing moves towards inclusivity and because of actor Bernard Cribbins’ alleged involvement in the upcoming 60th anniversary special. Cribbins, the fan-favorite character who played Wilfred Mott (aka Donna Noble’s grandfather), now uses a wheelchair.

This change will also allow Doctor Who to welcome other actors to the program who may not have had access to previous versions of the TARDIS, and increase the level of inclusivity of the series in future seasons. Interestingly, this was not a change that the series had made before, as the rebooted version often seeks to cover all areas of life.

The reboot-era TARDIS designs are carefully thought out, and for those looking back at past projects, they are filled with steps and platforms. It would be great to see what the new design looks like without the built-in elements, although a mostly flat main room was not uncommon for TARDIS in the classic era of the program. You need to ask yourself how the interior can change so that it remains stylish, but at the same time takes into account any guests who may come on board.

Jodie Whittaker’s TARDIS, which is supposedly being transformed to make way for a more accessible TARDIS, is probably the most minimalistic of Doctor Who’s recent projects. HBO Max subscribers who return to previous seasons with other Doctors will see much more going on in the main room than in hers, so it’s possible that the changes won’t be as drastic for fans familiar with the current design. My guess is that these main columns surrounding the engine won’t be there in the next iteration, but we’ll have to wait and see if the changes actually happen.

Whether or not this latest rumor is true, it’s clear that Russell T. Davis is making a big difference to what we know about the 60th anniversary. Of course, we’re still waiting for news on where and when Nkuti Gatwa will officially make her debut as the Doctor, as it seems it’s still up in the air. I’m not picky about when he’s coming, but I’m definitely excited about what he’s going to do with this role.

“Doctor Who” is currently on hiatus, but will return in the fall to say goodbye to the Doctor’s current actress, Jodie Whittaker. The 60th anniversary special will be released sometime in 2023, and hopefully the 14th season sometime after that.