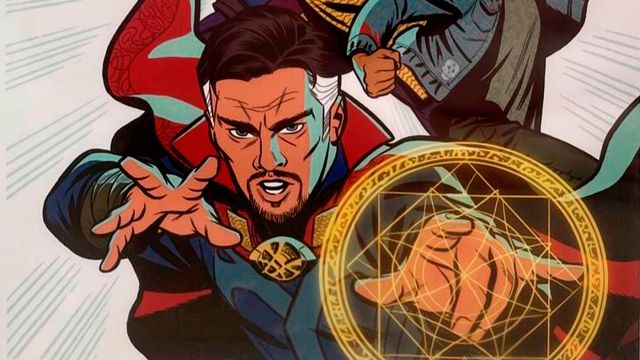 Thus, and through a completely comic style (and that is that it replicates a comic cover with the theme of the film), we can observe the look that its protagonists will wear in the film directed by Sam Raimi. And it is that in the foreground we observe Doctor Strange with an outfit very much in line with the different appearances of him in the UCM. On the other hand, located at the top of the composition we see Wanda with an appearance very similar to the character of her own series, Scarlet Witch and Vision, at the end of it after acquiring the identity of Scarlet Witch.

Among them are America Chavez, one of the new characters that will be introduced in this film (played by actress Xochitl Gomez) and who could come from another universe, and Wong, the faithful squire of Doctor Strange, although this time with hair in instead of going shaved like in his origin movie. Of course, it is an art from the first stages of the film’s artistic design, so we could not consider them as definitive.

Recall that for the moment the official synopsis of Doctor Strange in the Multiverse of Madness has not transcended, although we do know that Doctor Strange will begin a journey through the multiverse of the UCM, with which we could see alternative versions of some of his characters and others completely new. The film is scheduled to premiere on March 25, 2022.

Duncanville: series is renewed for season 3 on Fox