Home Entertainment Doctor Strange In The Multiverse of Madness: New Merchandising Confirms All His... 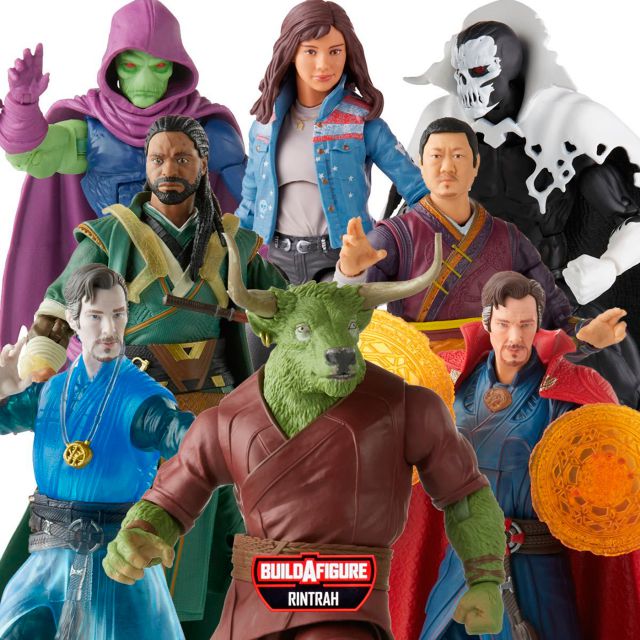 Doctor Strange: Hasbro’s Marvel Legends series presents a good part of the characters that we will be able to see in Doctor Strange 2 ahead of time; premiere in May 2022. Doctor Strange in the Multiverse of Madness will become one of the biggest crossovers in the MCU if we take into account many of the promises that seem to advance its latest leaks; Not surprisingly, Sam Raimi’s film is expected to represent the definitive opening to the Marvel cinematic multiverse. But now comes a new look at those who will be its main protagonists thanks to the presentation, now common, of Hasbro’s line of Marvel Legends action figures, anticipating some surprises that the film has in store for us. We warn of possible spoilers below, at least at the cast level.

New look at the protagonists of Doctor Strange 2

So much so, that the new line of merchandising of Doctor Strange in the Multiverse of Madness belonging to Hasbro shows us the appearance of some of its main protagonists, starting with Doctor Strange himself and several versions of the Supreme Sorcerer. And it is that Hasbro advances up to 3 aspects of Strange, from his appearance that we all know to his astral form, going through a new version called Defender Strange, with an outfit similar to the one he wore in the 2011 Defender comics.

The collection of figures also shows Baron Mordo, now known as Maestro Mordo, along with América Chávez, Wong, Sleepwalker, D’Spayre and Rintrah, a figure in pieces that can be obtained with the rest of the collection and that anticipates the presence of this kind of alien minotaur. As a curiosity, the collection does not include Scarlet Witch despite the fact that she will be one of the main protagonists. We will also see, according to leaks, Gargantos, a creature of the multiverse very similar to Shuma Gorath, although it is not clear if it will finally be Shuma Gorath himself.

Doctor Strange in the Multiverse of Madness opens in theaters on May 6, 2022.

Gamescom 2021 Changes Plans and Will Be Totally Digital; New Details