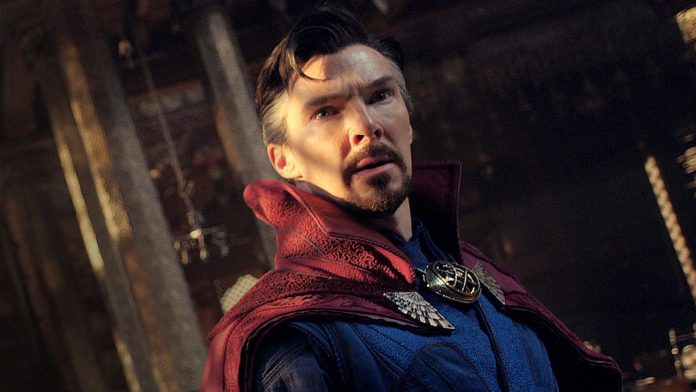 This story contains spoilers for the movie “Doctor Strange in the Multiverse of Madness”!

“Doctor Strange: The Multiverse of Madness” ends with a rather gloomy twist: by the end of the film, Strange succumbs to the influence of the Darkhold. But it could have been much worse…

During an audio commentary on the film, screenwriter Michael Waldron said that by the end of the film, Doctor Strange initially suffered a much darker fate. During the course of the film, Strange visits the invasion universe, in which he meets a perverted version of himself, known as the Sinister Strange, who has interfered with dark magic.

According to Waldron, it sounds as if the Sinister Strange could switch places with our Doctor Strange: “Strange is trapped in this [invading] universe,” he said of the alternative plan. “And then [Sinister Strange] turns around and the third eye opens.”

If that wasn’t enough, the twist would have been announced by Vincent Price’s iconic laugh, echoing the horror icon’s vocals in Michael Jackson’s song “Thriller.”

Unfortunately, Vincent Price’s laughter remains outside the MCU for now. As a result, we saw that Dr. Strange fell to his knees in the middle of New York when his third eye appeared.

“It’s a bill that needs to be paid,” Waldron told ComicBook. — As Wong says, “You used the Darkhold to take possession of your own corpse.” Of course, there must be some precipitation. It was kind of a throwback to the old “Sinister Dead” [directed by Sam Raimi], and this groaning ending, or it’s just like, “Oh my God, in the end everything turned out badly.” So yes. Let’s see what all this means for Stephen.”

In its current form, we already know that someone is looking for it. The post-credits scene introduced the character of Doctor Strange, Clea, played by none other than Charlize Theron. In the comics, she is the niece of Dormammu, a demonic entity that Strange encountered in the first film.

But don’t panic—she’s actually a force for good, and the pair have often met in comics—even if their relationship usually never lasts long.

Who is America Chavez from Marvel? “Doctor Strange in the multiverse of Madness” told about Miss America

“Doctor Strange: The Multiverse of Madness” stars Benedict Cumberbatch as Doctor Strange and Elizabeth Olsen as the Scarlet Witch. They were joined by Chiwetel Ejiofor, Benedict Wong, Rachel McAdams and Sochitl Gomez.

Sam Raimi directed the film based on a script by Michael Waldron, based on characters created by comic book legends Steve Ditko and Stan Lee.

Epic Games Will Add Support For Achievements Next Week; How They...