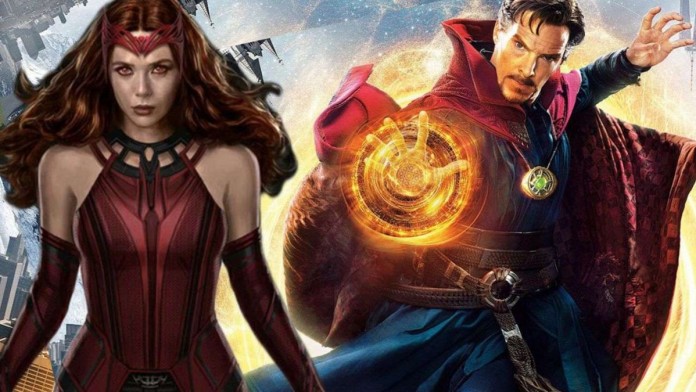 Doctor Strange: A new LEGO set reveals the definitive look of the protagonists of the new Marvel Studios movie and shows who their villain looks like. Clues continue to arrive about the characters that will appear in Doctor Strange in the Multiverse of Madness, one of the next Marvel Studios films that will be released in 2022. So much so, that after a first official art in the purest comic style of a few months or merchandising that recently appeared with Doctor Strange and the alleged villain, a new LEGO set based on said film has now appeared that lets us see for the first time the appearance of its main protagonists, as well as the alleged villain of the film, or al minus one of them.

Thus, this new LEGO set advances the appearance of Doctor Strange (Benedict Cumberbatch), Wong, (Benedict Wong), América Chávez (Xochitl Gómez) and Scarlet Witch (Elizabeth Olsen), all of them located in a corner of the box with their real look. On the other hand, the main image of the box shows us Doctor Strange, Wong and America Chavez fighting against a multiversal being with tentacles and a large central eye, Gargantos, all of them, now, in LEGO format.

The LEGO set itself offers an official description: “Gargantos, the giant one-eyed monster, sees Doctor Strange, Wong and América Chávez and writhes with his long green tentacles towards the three heroes. Will the team’s special powers and weapons be enough to defeat the monster, or will they become entangled in the tentacles? Only you can decide ”.

As a curiosity, until now it was pointed out that the villain was Shuma Gorath, another creature very similar to Gargantos; remember that Gargantos is directly related to the underwater universe of Namor. Will there be some kind of connection with the underwater kingdom of Atlantis?

Doctor Strange in the Multiverse of Madness will be released in theaters on May 6, 2022 following the latest moves in Disney’s release schedule.