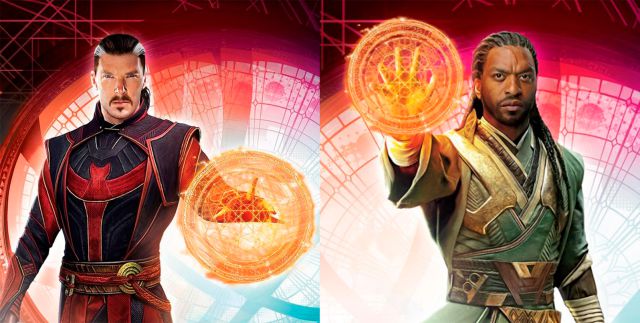 The multiverse unleashed in Doctor Strange 2

And it is that after the numerous events seen in other UCM products such as Scarlet Witch and Vision, Loki or What If …?, Several characters and concepts return that point to the explosion of the multiverse in this new adventure of Doctor Strange. Concepts such as variants of other universes or different versions of the same character will face each other in the next Marvel Studios film. And in the absence of knowing who both Defender Strange and Master Mordo really are, for the moment we can see their final appearance through Hasbro’s Marvel Legends promotional arts.

In similar terms we can speak of Master Mordo, with a slightly different appearance since we saw him in the first installment of Doctor Strange; Or is it perhaps also a variant? We will have to wait for the premiere of Doctor Strange in the Multiverse of Madness on May 6, 2022 to discover all these secrets and many more.