Home Entertainment Doctor Strange 2 Is More Sam Raimi Than Marvel According To Benedict... 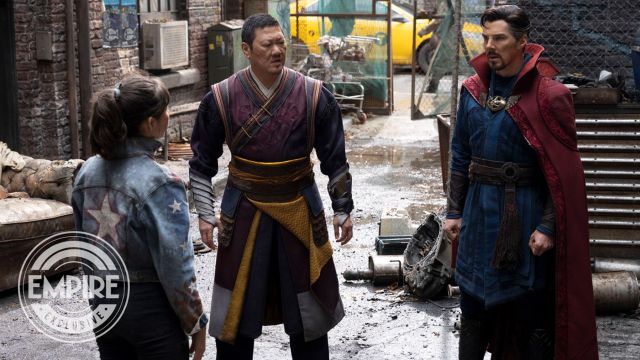 Doctor Strange 2: The actor who plays the Marvel sorcerer ensures that with Doctor Strange in the Multiverse of Madness our heads will spin: May 6 in theaters. Doctor Strange in the Multiverse of Madness, the next Marvel Studios movie to hit theaters, is giving a lot to talk about as a result of the second trailer released just a couple of days ago, a new trailer that revealed a few more surprises from the many that are yet to come with its premiere on May 6. So much so, that in a recent interview with Empire magazine, actor Benedict Cumberbatch has assured that his viewing will “make our heads spin”, adding that the film is more Sam Raimi than Marvel Studios, thus anticipating a change of tone that can already be intuited in the different advances.

And it is that after the departure of the director of the first installment of Doctor Strange, Cumberbatch assures that Sam Raimi made the project totally his own, impregnating the new direction of the film with his unmistakable style: “Once he took the reins of the project he always tried to to turn it into a Sam Raimi movie”, making it much more in his style than what Marvel Studios has accustomed us to.

To all this he adds that when we have the opportunity to see it, “our heads will spin”. Of course, Doctor Strange in the Multiverse of Madness points to the fact that it will mark a before and after in the UCM, becoming a turning point with the opening of new characters and universes that will inevitably collide. And as proof of that surprising cameo of a key character of the mutants…

Along with the interview, Empire has published a new image of the film that you can see on these lines and in which we see three of its main protagonists, that is, Doctor Strange and Wong together with America Chávez, one of the characters of the multiverse which will debut in Raimi’s tape.

As a curiosity, conceptual arts of Spider-Man: No Way Home recently appeared in which the young America Chávez was already shown doing her thing with the portals between universes, although her presence in the Marvel Studios arachnid crossover was finally ruled out and SonyPictures.