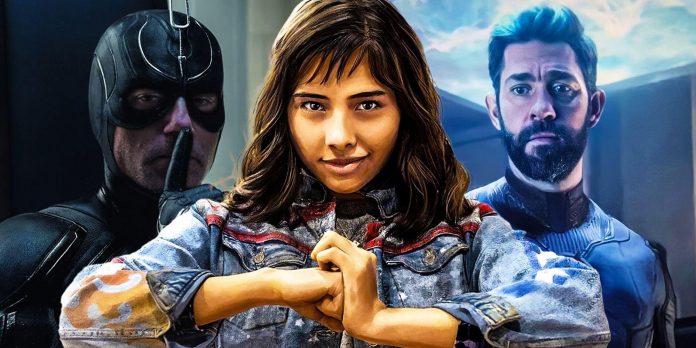 Warning: Spoilers for Doctor Strange in the Multiverse of Madness

Doctor Strange in the Multiverse of Madness laid the necessary groundwork for six superhero teams to officially join the MCU. Benedict Cumberbatch’s second solo outing as Doctor Strange greatly expanded the MCU mythos and introduced a number of characters and concepts that Marvel can play around with in the future. Looking at everything that happened, its impact is sure to be felt for years to come.

Since Doctor Strange 2 is a story built around the idea of a multiverse, there was always this expectation that the movie would be Phase 4’s biggest film. Given the scale, it didn’t necessarily matter that it wasn’t Avengers 5 or a different team-up movie. The movie having the freedom to explore various corners of the multiverse meant that Doctor Strange 2 had room to introduce all sorts of characters and worlds that have never been glimpsed before in any other MCU movie or show. For this reason, there was no shortage of theories regarding who the movie might use. Cyclops, Wolverine, Doctor Doom, and Namor were all among the characters believed to be candidates for surprise cameos.

Related: Doctor Strange 2 Is Better On Disney+ Than In Theaters

While many of Doctor Strange 2’s fan theories didn’t pan out, enough were proven true for Marvel to deliver on making the movie a monumental MCU installment with massive implications for what comes next. The MCU debuts of Patrick Stewart’s Professor X, Anson Mount’s Black Bolt, and John Krasinski’s Mr. Fantastic are huge for its future (even if they’re all dead now). Their mere existence on Earth-838 opens the door for the MCU to introduce proper Earth-616 incarnations of these characters in the movies and shows ahead. Their presence in Doctor Strange 2, combined with the inclusion of other new heroes, helps set up a total of six superhero teams for the MCU.

Patrick Stewart’s Professor X was the first true building block for the X-Men in the MCU. Thanks to Marvel’s decision to use the X-Men founder, mutants are finally part of the MCU’s canon. Now that the concept has been established, Marvel can build on it in the future by exploring the mutantkind that exists on Earth-616. It too can have its Professor X, who could be played by Patrick Stewart or perhaps someone else entirely. It feels like it’s only a matter of time before Marvel creates its first X-Men team, which could pull from an incredibly long list of fan-favorite heroes, including Angel, Wolverine, Cyclops, Storm, Jean Grey, and more.

Mr. Fantastic’s cameo in Doctor Strange 2, which name-dropped his comic team, revealed that the character is actually very far long in the character’s comic journey. His brief exchange with Scarlet Witch confirmed that he’s already a father. The fact that the movie uses an experienced Mr. Fantastic is reflected by the character’s appearance. The comic hero didn’t adopt the bearded look until the team’s more recent stories. Clearly, Earth-838’s Fantastic Four has been in the superhero business for quite some time. Presumably in 2023 or 2024, Marvel will have an opportunity to dive into their Earth-616 counterparts when they get their own MCU movie. As for what to expect from them, they could be completely different from the team living in Doctor Strange’s alternate universe. Or, Krasinski’s role could have been a tease of things to come. There’s currently no word on if Krasinski’s Mr. Fantastic will be the MCU’s Reed Richards or not.

The failure of ABC’s Inhumans show seemingly doomed the team in the MCU, but Black Bolt’s Doctor Strange 2 cameo effectively revived the concept. Marvel opting not to use the Inhumans in Ms. Marvel – even though its protagonist is an Inhuman in the comics – has given the impression that the MCU is avoiding them, but that may not actually be the case. Marvel can always reintroduce the Inhumans and create a new version of their story on Earth-616. That could involve brand-new interpretations of Black Bolt, Crystal, Medusa, Lockjaw, and all the others.

Related: What Did Wanda Say To Scarlet Witch In Doctor Strange 2 (& What It Means)

Doctor Strange 2 is one of several MCU projects to provide setup for the MCU’s Young Avengers team. Marvel has been building up to them slowly through characters like Kate Bishop and Ms. Marvel. Doctor Strange 2 threw America Chavez into the conversation as well, while also making it theoretically possible for Scarlet Witch’s children to fulfill their comic destinies as members of the Young Avengers. They only existed as fantasies of the lead character in WandaVision, but Doctor Strange 2 confirmed that they’re real people in other universes. That means that in some other world, Billy and Tommy can become Wiccan and Hulking respectively. One day, Wiccan and Hulking can unite with Ms. Marvel, Kate Bishop, America Chavez, and possibly Nova on the big or small screen.

Doctor Strange’s ill-fated encounter with the Illuminati could be a step toward Earth-616 having its own version of the group. Granted, Strange’s experience with them wasn’t a good one, but it could still give some ideas about how such a team could work in his reality. Later on in the MCU’s future, he could assemble his own Illuminati group. As for who he might recruit, Nick Fury, Captain Marvel, and Hank Pym are all possibilities. And if Black Panther: Wakanda Forever’s villain rumors are true, the MCU’s Illuminati could boast an original member of the comic team that Doctor Strange 2’s version was missing: Namor the Sub-Mariner.

Doctor Strange 2 understandably started a lot of conversations about the Illuminati, the Fantastic Four, and the X-Men, but not all of the teams set up by the movie have such a high profile. One of the elements of the store that flew under the radar was Mount Wundagore, the place where Chthon was imprisoned. By confirming that Mount Wundagore (and Chthon) are real in the MCU, Marvel created a pathway for the High Evolutionary and the Knights of Wundagore, a group that has been led by both Quicksilver and Black Knight in Marvel Comics.

In the comic books, the High Evolutionary is a scientist who genetically engineered a race of animal-like humanoids. Naming them the “Knights of Wundagore”, he entrusted them with safeguarding the mountain and keeping Chthon from being released. It’s possible that some version of the group has a presence in the MCU as the mountain’s guardians. And based on what Wong said about Chthon in Doctor Strange in the Multiverse of Madness, it would make sense if someone – whether it be the High Evolutionary or a different character – secretly formed a Knights of Wundagore team for that very purpose.

HBO just canceled the series after its first season was toasted...