Home News “Do you know what perjury is?”: Alex Jones’ lawyers 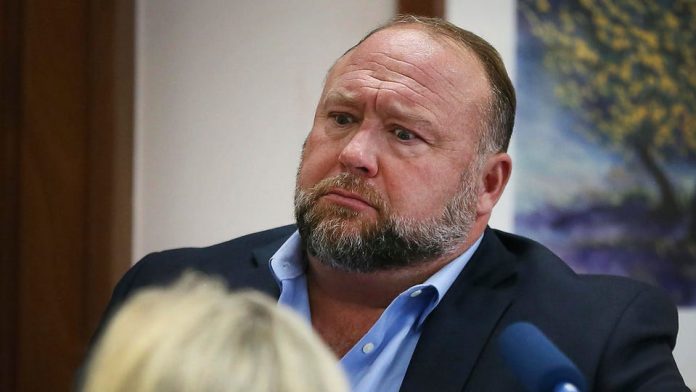 Lawyers representing the parents of the Sandy Hook Elementary School shooting victims accused InfoWars host Alex Jones of perjury in a defamation damages trial on Wednesday, saying Jones’ legal team accidentally sent records proving Jones wrote numerous emails and text messages with links to the massacre. although Jones testified that he could not find such information.

Plaintiffs’ lawyer Mark Bankston said that Jones’ lawyers mistakenly handed over years of recordings from his mobile phone during a damages trial in Texas.

Jones previously testified under oath that he searched for “Sandy Hook” on his phone, but the search did not yield results.

The InfoWars host insisted he wasn’t lying, once telling Bankston, “This is ridiculous.”

Jones testified Wednesday that he believes the 2012 massacre that killed 20 children and six school staff at Sandy Hook Elementary School in Connecticut is “100% real,” despite the fact that he has repeatedly spread conspiracy theories about the shooting on his radio program. Judge Maya Guerra Gamble of Austin, Texas, last year found Jones liable for defamation in one of several lawsuits filed by the parents of Sandy Hook victims, and the ongoing lawsuit must determine the damages Jones owes to the parents, who are seeking $150 million.

$800,000 a day. That’s how much money InfoWars sometimes earned in 2018, according to records on Jones’ phone discovered by plaintiffs’ lawyers. This number represents one of the first published financial statements of InfoWars.

Bankston also accused Jones of taking an unfair approach to the trial by playing an InfoWars broadcast video in which Jones says the jurors “don’t know what planet they’re on.”

A Prince in New York 2, release date on Prime Video