Home Entertainment “Do we believe in Liz?” — a new satirical game about the... 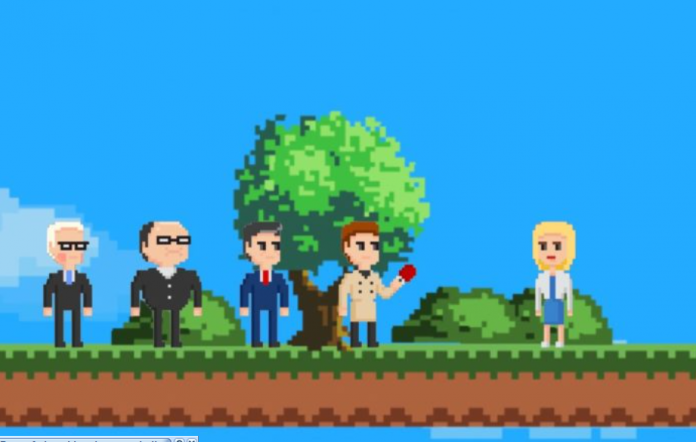 UK Prime Minister Liz Truss has joined the likes of Sonic the Hedgehog and Mario in her own dynamic platform game In Liz We Trust?

Along with the launch of games such as FIFA 23, Overwatch 2 and The Last of Us Part 1, In Liz We Trust? joined the recently released lists. In an 8-bit platformer, Truss steals coins from British homes and delivers them to the City of London.

However, it’s not so easy for Truss as she faces Opposition leader Sir Keir Starmer, Conservative MP Michael Gove, Bank of England Governor Andrew Bailey, as well as BBC regional journalists who are determined to stop her success. The prime minister has only three lives to collect as many coins as possible before the end of the game.

The satirical concept of the game was invented and developed in just three days by Construct in collaboration with Cow creative agency and game developer Bart Alluin from Lessis Games.

Tom Gallen, co-founder of Construct, spoke about the release of the game. “We provide users with a platform to create video games for educational, entertainment and business purposes,” he said. “It’s fast, cheap and easy to do, and anyone can create a game in a matter of hours without any coding knowledge.”

Do we believe in Liz? it was created in three working days and cost only 750 pounds, and Gullen notes that “these days it’s even less than it was before the mini-budget.”

He further mentions that after the “disastrous consequences” of the Prime Minister’s first weeks in power, the company was naturally “concerned” as a small British business. “We thought the best we could do was what we do best, with a satirical slant to bring a smile to people’s faces in dark times.”

Gullen thinks we believe in Liz? it will become “a big hit with everyone all over the country.” Do we believe in Liz? It is free to play, and players can log in right now to see how many coins they can accumulate to share with the “bankers in distress”.

From other news: Overwatch 2 was subjected to another DDoS attack, and also temporarily disabled two heroes with errors.