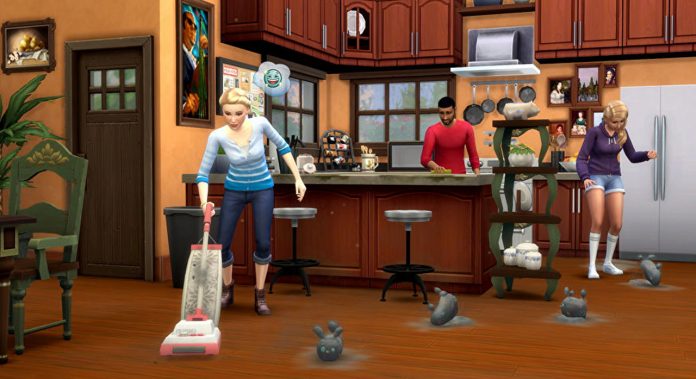 Sims 4, the fourth and final game in The Sims franchise, received three new small-scale DLC packs today. The life simulation-themed game developed by Maxis company continues to be constantly updated despite the 7 years that have passed.

The Sims 4, which breathes its players with large expansion packs in certain periods; From time to time, it offers a lot of innovations to the users with its medium-sized packages and wants to remind them that they do not forget. However, the three new DLCs released today are out of line …

Depending on the content, of course, the packages listed at affordable prices contain a function, but it aims to make your work a little more difficult! At least, it is possible to talk about the DLC named Bust The Dust Kit like this.

This package will annoy the cleaning enthusiasts. Sims offers some fun daily chores where you can fight dust and dirt monsters trying to take over your home.

The new DLC has been released for those who want to turn real-life cleaning jobs into a small simulation. It has already been welcomed by The Sims 4 players.

Other DLCs by Electronic Arts look more sterile. One of them, Throwback Fit Kit, promises users to wear stylish retro outfits; The Country Kitchen Kit package, as its name suggests, transforms your kitchen into a country décor.