Home Sport Djokovic proposes his formula: an 8-team Super Cup after the US Open 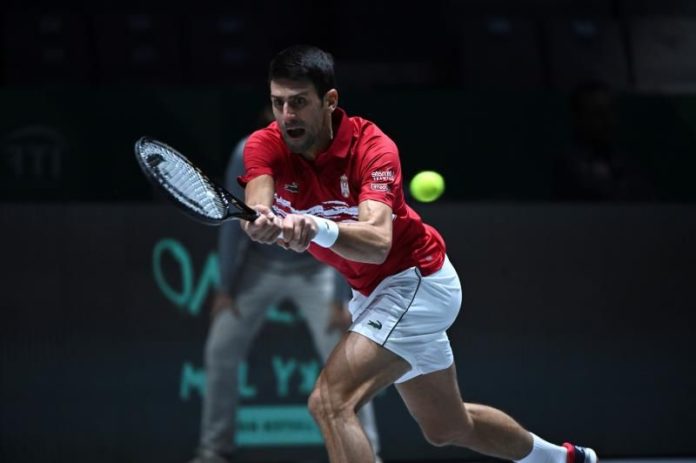 A Supercup of the world with “an elite” of eight teams, played in September after the US Open. This is the ideal team competition imagined by Serbian Novak Djokovic, convinced that the coexistence of a Davis Cup and an ATP Cup separated by just a few weeks has no “long-term” future.

“One idea is the merger between the ATP Cup and Davis, it is something that is still open. But it is very complex,” said world number two in Madrid.

“Probably after the US Open it is time to have a Super Cup in the future. But it is not easy with so many people and so many organizations involved,” Djokovic said in a press conference, asked about the new format of the finals of the Davis Cup.

For the Serbian, the formula that opens in Madrid implies “the sacrifice” of not playing at home.

“99% of the teams do not have the opportunity to play in their country. Personally I miss it, but at the same time I understand that there should be a change because the old format did not generate interest,” he said.

“I think the ideal is in between. Perhaps an elite of 8, and have a week or two before in the calendar so that other nations can play a classification at home,” he said.

From January 3 to 12, the ATP Cup will be played in three cities in Australia, with 24 men’s teams and points in play for the world rankings unlike the Davis Cup.

But for Djokovic “it’s fun to play for your country whatever the format”.

“I have been two and a half years without playing for Serbia, so I missed him. I have grown up with my teammates, we have many common feelings,” said Djokovic, who accompanies his teammate Janko Tipsarevic in Madrid in his last official matches.

He also praised the organizational efforts to carry out this Davis Cup without missing the prestige of “one of the most traditional team competitions.”

Iniesta: “I wouldn’t let Rakitic go, he is a great player”