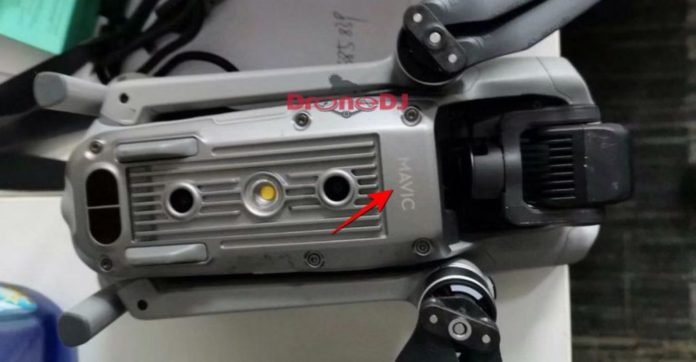 Some of the unofficial and official photos of DJI’s new drone DJI Mavic Air 2 have been posted on Twitter. This new drone, which is very similar to the DJI Mavic 2 series, is expected to be released in April this year. As it is known, DJI Mavic Air was launched in January 2018.

The yaw ring and camera setup are also included in the DJI Mavic Air 2, as we know from the DJI Mavic 2 Pro, while a closer look at the photos shows that the sensors in the new drone are smaller.

DJI announced last year that its drone weighing more than 250 grams will have Auto Dependent Surveillance-Broadcast (ADS-B). ADS-B devices broadcast the information of their positions taken from GNSS satellites with ADS-B data. Thus the accuracy of the position data; It is not affected by components such as distance, weather conditions, atmospheric conditions and altitude. Through ADS-B, these drones will be able to select the nearest manned aircraft using ADS Out.

On the remote, there is a return button with tripod, normal and sports mode. Along with these, there are also on / off, video / photo and four battery status control lights.

Assassin’s Creed II Will Be Free At Uplay This Tuesday

NFT and copyright: how this relationship works