Home Entertainment Djimon Hounsou (The King’s Man): “The Action Sequences Were A Challenge” 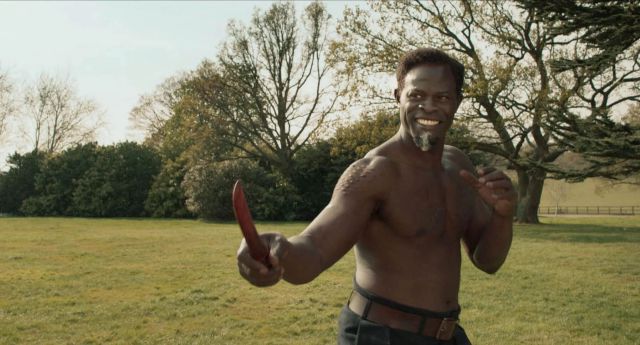 The King’s Man: We interview one of the main actors of the new film in the series, directed and written by Matthew Vaughn. On a chess board, the black and white pieces are arranged opposite each other. Each of the players moves their respective pawns, knights, bishops, and even the king. In The King’s Man: The First Mission, it is as if the same player tries to move the pieces of the two factions at his own convenience. It is the villain who chooses and controls the leaders at will. Matthew Vaughn’s new film recounts the origins of the saga and introduces us fully to the Europe of the First World War. Djimon Hounsou (Gladiator, Captain Marvel, A Quiet Place 2), Shola in the film, has acknowledged in an interview with MeriStation that the action sequences were particularly difficult to film.

“The fighting sequences were difficult to shoot. I didn’t realize how picky Matthew Vaughn was about this. It presented a huge level of physical challenge, but take or take we managed to make them look perfect. Fortunately, the final product will speak for itself, but it has been quite tough, ”he is sincere.

The King’s Man narrates the founding process of Kingsman, an intelligence agency that operates in the darkest of secrets. The feature film mixes action, humor and drama and introduces it to the mold of the adventure genre, a cocktail that does not quite come together, although it offers a good dose of entertainment.

Who is Shola and in what context does the plot take place?

In The King’s Man, Hounsou plays a skilled fighter, the protector of the Oxford family. “He is an ancient warrior who befriended the Duke of Oxford in Africa. By working together, his affinity grew ”, to the point that he“ followed him to Europe ”and became“ an instrumental part of creating the first agency ”, Kingsman. This organization aims to ensure world peace, but the villains that lurk will not make things easy for them. “It is never easy to achieve peace when someone cannot understand peace unless there is chaos.”

As for the link between the Duke and Shola, the interpreter assures that “the essence of this relationship” is glimpsed from the beginning of the film: “Shola witnesses the execution of the [Duke’s] wife” before the eyes of the young son of the marriage. This forges the foundation for the warrior to become a lifelong “prop” for the English aristocrat.

For Hounsou, this new film “is definitely more serious, because the tone is different”, since it has a historical touch: “We can intelligently revisit this part of history that many of us do not know. Matthew Vaughn has done it by bringing the knowledge of this time in the framework of a fictitious interpretation ”. According to his words, another novelty has to do with the characters themselves, who are made with “multiple layers” and are “ambiguous.” Furthermore, “we are talking about a historical period that is rarely covered in cinema, the First World War.”

Netflix Gets Random Button That Plays Series or Movies

How do Soul Hackers 2’s Soul Levels Compare to a Person’s...