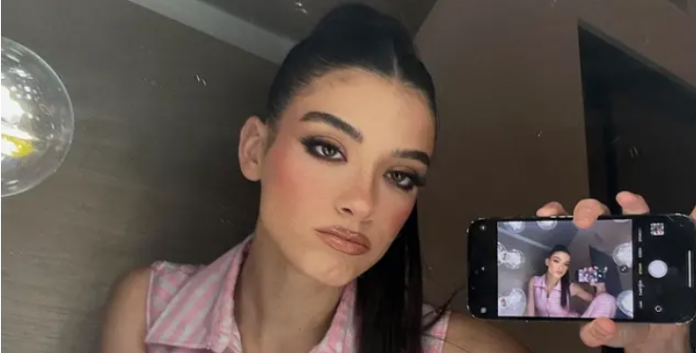 TikTok star Dixie D’Amelio revealed that she was diagnosed with premenstrual dysphoric disorder and spoke about her experience.

21-year—old Dixie D’Amelio is one of the biggest stars of TikTok, she has more than 57 million subscribers on the platform. She is well known for her videos on the app, as well as her music career, having released several singles and an album in 2022.

In an October live broadcast on Instagram, Dixie talked about the condition she was recently diagnosed with. Premenstrual dysphoric disorder, also known as PMDD.

“I didn’t feel very well and I don’t quite understand why,” she told fans. “I was recently diagnosed with PMDD, premenstrual dysphoric disorder. It really affects your mood, your behavior and many other aspects of your life.”

“I didn’t realize how much it affected me until I got to the point where I was last week. But it really ruins my life, my attitude, my personality, my relationships and who I am as a person and my anxiety.” According to the Office for Women’s Health, “premenstrual dysphoric disorder (PMDD) is a health problem similar to premenstrual syndrome (PMS), but more serious. PMDD causes severe irritability, depression or anxiety a week or two before the start of menstruation. Symptoms usually go away two to three days after the onset of menstruation.”

Dixie explained that she has been dealing with this every month for the past seven years, and added: “I’m really glad I know what’s wrong, because now I can find better ways to deal with my emotions.”

Currently, the star, along with his sister Charlie and parents Heidi and Mark, is participating in the second season of their reality show “The D’Amelio Show” on Hulu.

FIFA 22 Will Keep Loot Boxes In Ultimate Team, But Will...

Mass Effect Creator Is Working On A New Sci-Fi Game