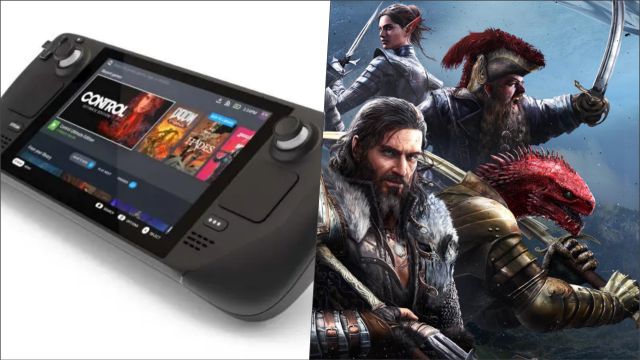 Steam Deck: The founder of Larian Studios claims to be surprised by the performance of some of his games on the Steam Deck, including Divinity Original Sin 2. Steam Deck is already in the hands of the studios. Development units are already underway to port some titles to Valve’s new console. One of them is Larian Studios, whose head has been surprised by the performance achieved by the two installments of Divinity Original Sin.

Vincke assures that games of this style “work really well because of the size of the screen and the ergonomics.” “It makes them feel really good,” he stresses. At the moment they don’t want any information linking Baldur’s Gate 3 to the Steam Deck; later they will talk about their compatibility, if they ever do.

Steam Deck: countdown to its premiere

Valve enters a key week. As of February 25, the emails that will complete the order will begin to be sent in queue order. It will not be until February 28 when the first units begin to go out to customers. At this time more than 300 games have been verified for release.

Units for analysis have also been distributed. One of them, ShortCircuit, showed the public the first unboxing of the laptop. When you open your Steam Deck you will find the carrying case (which differs depending on the model you have chosen), the power cable, a USB-C cable to plug it into the power outlet, and a cloth. You can see it through this link.