On Monday (01/11) the Dispatch media exclusively released a transcript of Kim Seon Ho’s KakaoTalk conversation with Choi Young Ah when they were still in a relationship until they broke up.

The contents of the conversation proved that Choi Young Ah’s previous claim against Kim Seon Ho was not true.

When asked to comment on the transcript of the conversation, the agency SALT Entertainment only commented, “We can’t say anything about the article.”

Previously Dispatch also released an article stating that the abortion decision was taken by both parties and not on the basis of coercion as claimed by Choi Young Ah.

After Dispatch released the article, various brands decided not to sue Kim Seon Ho and there was a film that decided to keep Kim Seon Ho as the main character. 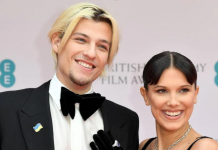 Lee Min Ho makes a big announcement for all his fans