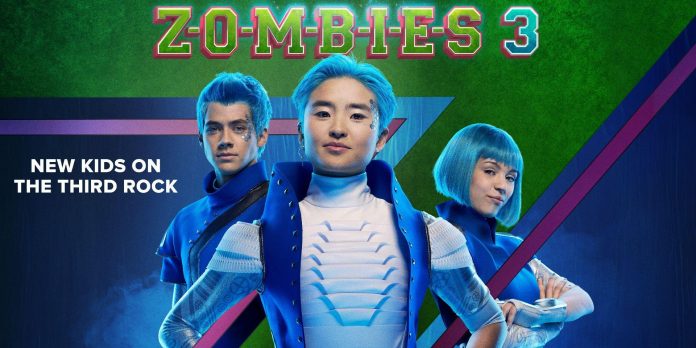 Disney has released the latest promotional images of Zombies 3 so that fans can get to know the characters better. Each issue of this Disney Channel musical series is dedicated to new supernatural creatures, such as zombies from the first 2018 film and werewolves in the second. Zombies 3 is no different as Seabrook’s communities of humans, zombies and werewolves unite to fight the extraterrestrial riots in their small town. The aliens were teased at the end of “Zombie 2” back in 2020, and then introduced them later in the “Zombie 3” trailer, where it was revealed that they wanted to take over the planet.

Zombie 3 is causing excitement as Disney releases several character images hinting at an upcoming premiere. While there are some familiar faces, such as influential couple Zed (Milo Manheim) and Addison (Meg Donnelly), what stands out is the “new kids on the third rock.” The aliens who invaded Seabrook wear futuristic clothing and, like Addison, have (presumably) natural hair color that is unlike anyone else in Seabrook.

Zombies 3 features many actors from the first two films, such as Kylie Russell as Eliza, Ariel Martin as Winter and Trevor Torgeman as Bucky. New characters will also be introduced: Terry Hu as A-span, Kira Tantao as A-li, Matt Cornett as A-la and RuPaul as the voice of Mothership. The third part of the Zombie series completes this incredibly popular saga, which will premiere on Disney+ on July 15.